Trying to Calm Down the Stress

My mom, Nils and I drove to Louvain-la-Neuve. Nils did not compete, but came along to cheer on the Klimax climbers. We didn’t talk much, so I tried to sleep. It wasn’t possible as I was wide awake, but I did dose off just a little bit to relax. We arrived on time and Liselotte told me I had the pink route in the overhang. I read the route a few times so I knew what to do when it would be my turn. I said my “Bonjours” here and there. I started to warm up and Liselotte sticked me twice. The demonstration was at 9 something, anyway I went to watch it. Unfortunately they demonstrated the seconded route too, because I hadn’t read that one yet. I quickly read it a few times, but not very thoroughly. The demo started. It wasn’t a very good demo. The demonstrator skipped holds. It was a blue route on the other side of the hall. This one was more complicated. There were more holds than necessary. After the demo I read it again and read the pink route again too and continued warming up. 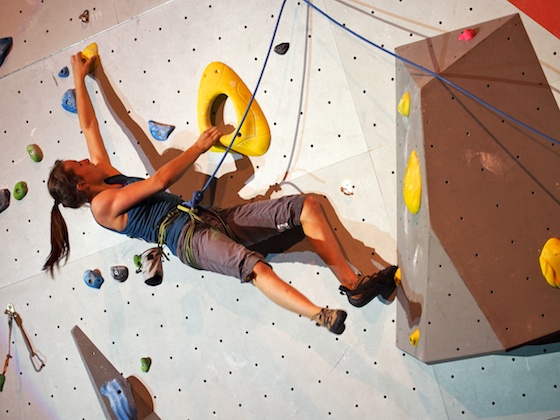 I saw Mathilde, Anak and Heloïse top the pink route and thought: if they can do it without problems, then it is possible for me too. It motivates me if others top it before me. Because if they don’t, I know it’s difficult but if a few climbers top it, I know it can be done and that I am able to climb it too. Laura-Anne from the B-category also competed in the competition out of category. She had to climb first of the other girls of her age group, including Elfe, Cathinka and Mahault. She topped it without problems and this motivated me even more. Elfe and Cathinka were next. They topped the first selection too. Mahault fell just before the top. They all motivated me very much. I went to prepare myself and put on my shoes and tied my knot. I started in my route and was off. I don’t remember if I climbed fast or slow or relaxed. I knew that in the middle of the route I was at eye level with the people on the stairs. That is a strange feeling. You have climbed all the way up there and you try not to look at the side because then you are almost eye in eye with someone standing on the stairs. It kind of gives me the feeling that I am not alone in my route, but that there are thousands of people looking at what I’m doing. It also looks like you just started all over again, like you are still half a meter from the ground. I tried to ignore it and climbed on. Once I was almost at the top, there were still two holds to go. I tried to relax and said to myself: “You are not there yet.” I said something like that to calm myself. I topped. 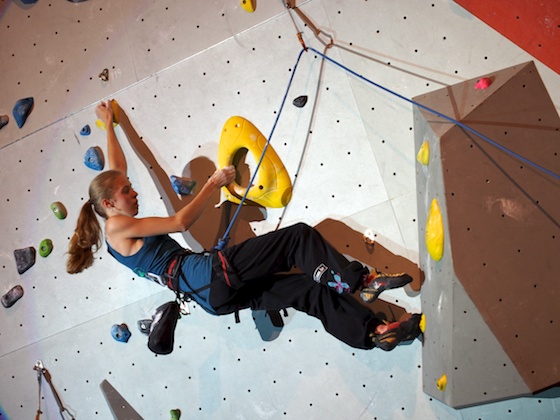 I ate and felt like half of the stress had disappeared, but I only needed to look at the blue route and it already came back. The blue route was difficult to read and I had to climb third. I prepared myself and felt a knot tight in my stomach. I don’t know whether this is a bad or a good feeling. I think it is both. It makes me tense, but also stressy. I had seen two girls fall before me. Until now, no one had topped it yet. I am climbing and at the end I have to calm myself again and reach to the last hold and take the top. I topped. Cathinka, Elfe and Laura-Anne fell all at different heights, each of them a little bit lower than the next. Anak, Mathilde and Héllo topped without problems. 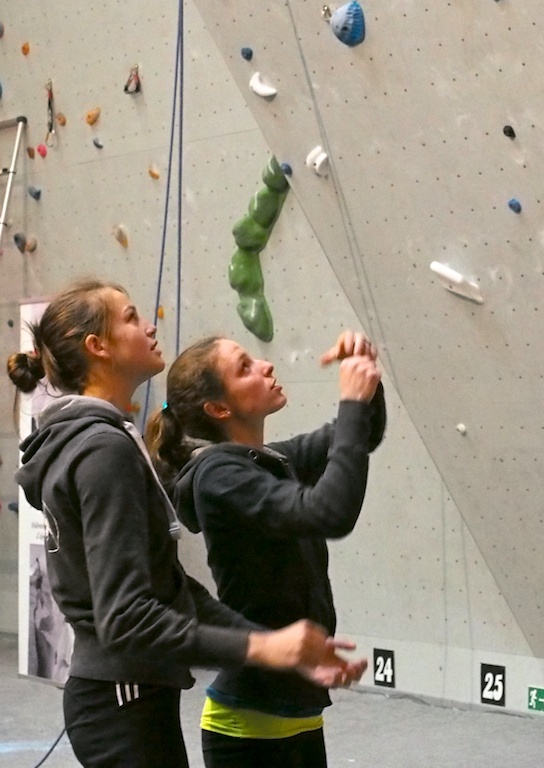 The final route was a yellow one to the left of the pink quali. There were some difficult moves with a volume and after that there was a far crossing move to a big bad sloper, were I fell. Anak and Héllo were the only two climbers how got past that move. Anak topped in her famous composed style. Héllo fell 5 holds from the top. Magaly Hayen managed to do the crossing move and had the hold with both hands before falling. I fell balancing over to the hold only being able to stroke it with one hand, so I became 4th.

It was a great competition. We all had a lot of fun and enjoyed climbing, which is the most important of all. 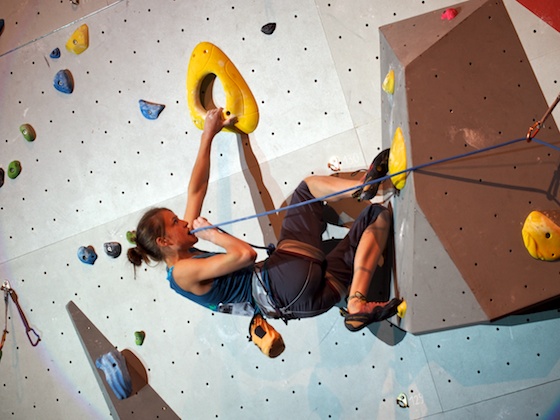 Speeding up to the Top

For the speed competition we needed at least 4 climbers. Of our group there were only 3 climbers willing to compete. I asked a few climbers of our group if they wanted to climb, but no one wanted to. So Magaly took responsibility. She registered Claudine. And then said: “Il y a quelqu’un qui t’a inscrite, maintenant tu dois participer au speed.” And Claudine just said: “Oh, okay” So we could do the speed. I love it because it is not so serious and no one looks at your technique. I was second and Anak first. Magaly 3rd and Claudine 4th. We had a lot of fun. And all the time we were setting our goals and discussing it with the others. Mine was to have something around 10 seconds. And I reached it. My best time was 10.89 seconds. I was very happy that I went that fast. 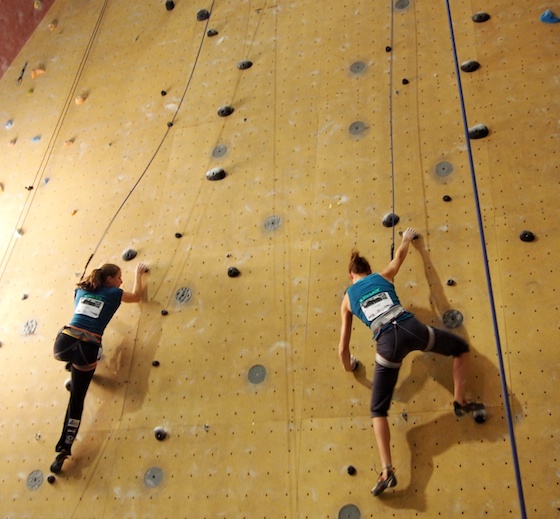