Adapting to the Time Difference

Two weeks before my departure for Nouméa, I started adapting to the 10 hour time difference with Antwerp. I woke up one hour earlier every two days and went to bed earlier too. The worst part is that I really have trouble getting out of bed early and I couldn’t fall asleep in the afternoon. But when I was back home after the competition, I fell asleep in the afternoon without waking up early. I did wake up a few times in the middle of the night, but after going to the toilet I fell asleep again. 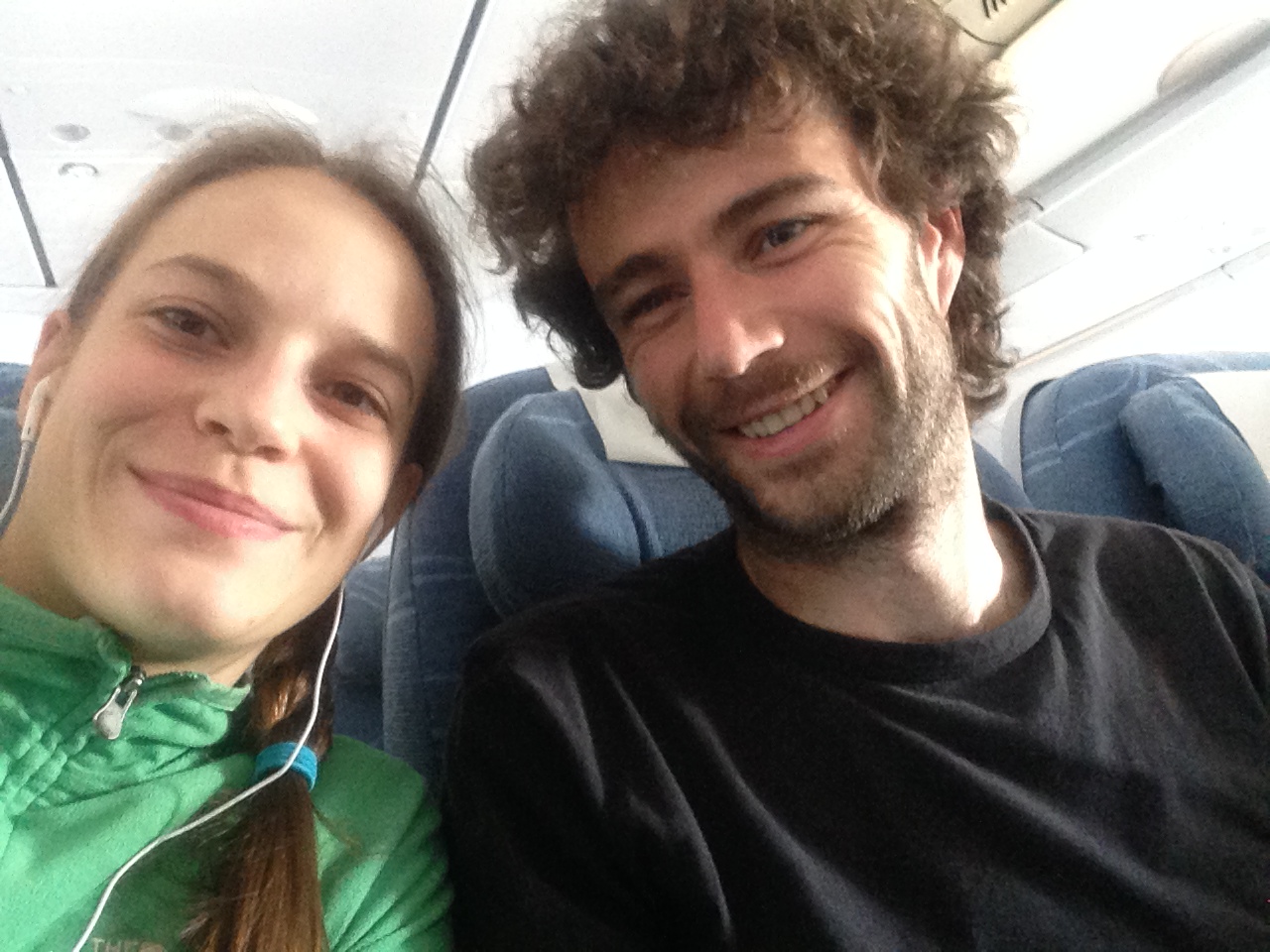 Me and my private coach

I was the only Flemish-speaking member of the Belgian team and I am really grateful to the Flemish federation KBF to have arranged for my own private coach.  So I arrived with my own private coach Tijl Smitz two days before the comp. The Walloon part of the team had left a week earlier to train and adapt to the time difference in Sydney, Australia, and from there, they flew over to Nouméa. Tijl, Héloïse and I shared an apartment on the eighth floor of the hotel. We had the best view. Above this floor, the rooms were more expensive. Harold, Nico, Loïc et leur coach Olivier slept on the third floor. The hotel service was awful. Our rooms were not cleaned and every day, we had to go ask for a measly roll of toilet paper at the desk. Then they answered that we could go and buy it at the shop next door. It was a big difference compared to our hotel on Vancouver Island in Canada last year.

The view from our room

Too Much Stress During the First Quali

My first qualification went bad, let’s not spill too many words on this. Already early in the route, I had two options and I didn’t know which one to choose from. You could cross but I decided to go on with my right hand. I was entirely stretched out, too nervous, started shaking and this made me fall in the lower part of the route. I was the last of the Belgians to start and they all had managed to top their first qualifications, so I was under a lot of pressure to do the same and I felt terribly bad afterwards.

The new wall in Nouméa

Too Happy in the Second Quali

The second route went super good. I think I could have topped it, because I wasn’t too tired, but since the first route had gone really awful, now I was so happy that I lost my concentration at three holds from the top, but this was enough to get me into the semi-finals. Our team did very good, so we all went to the next round. 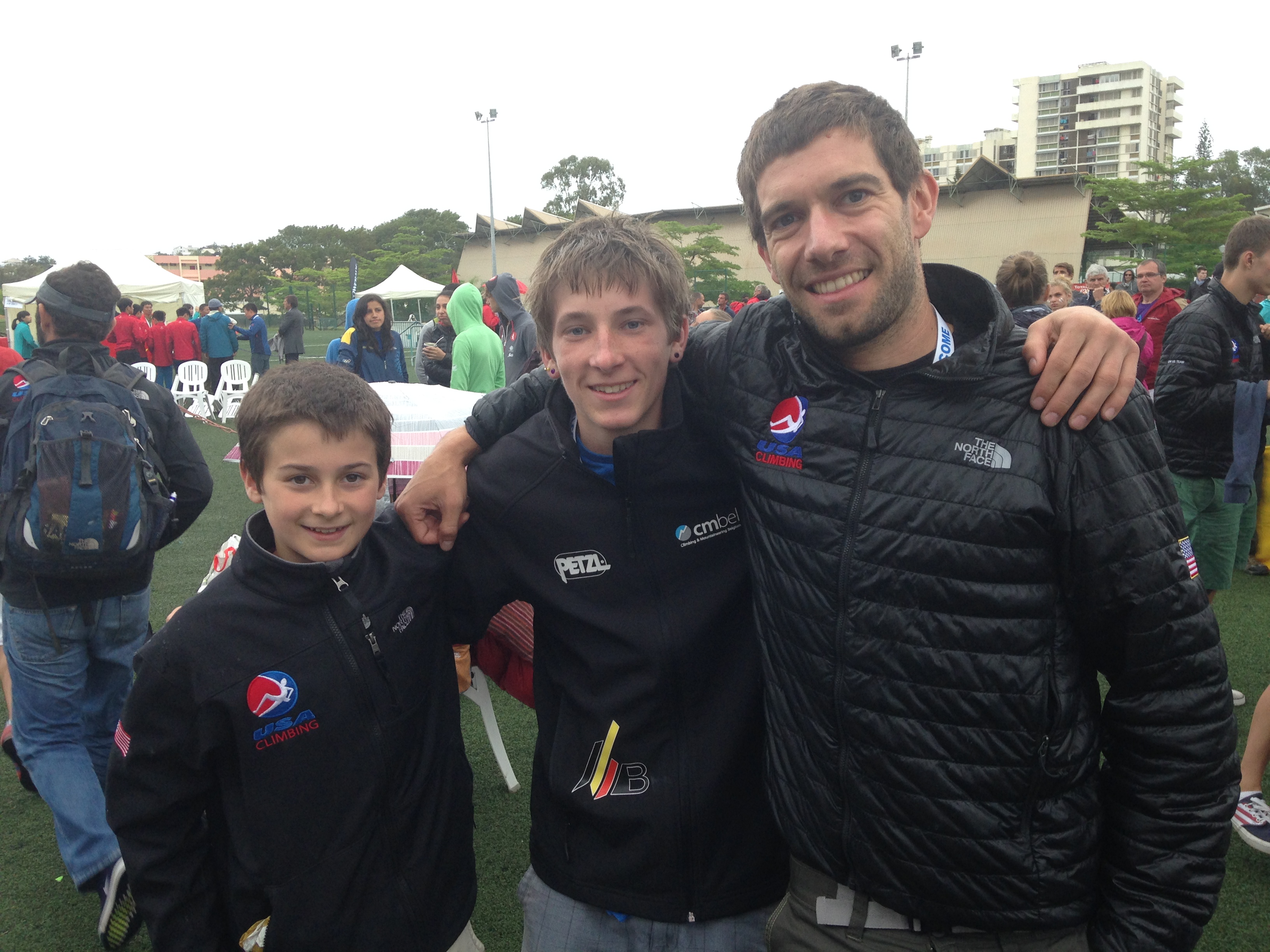 Exchanging jackets with the US team

Too Disappointed with a 23rd Place

In the semi-finals, I started fairly good in a technical route until I arrived at a move where I had to do a lolotte and pushed myself out of my route. Apart from my disappointing 23rd place, we had a very nice stay at the island and two members of our team had reached the finals.

Harold fell at a big move in the semi-finals and became 16th. For Nico, the moves in the roof were too hard in his semi-final route and he finished 11th. This was not enough because only 8 can go to the finals.

Héllo had brilliantly placed second after the semi-finals, but could not repeat her previous performance falling too early in the final route and she became 6th. Loïc had done perfect in the qualifications but after the semi-finals, he ranked one place short of earning a place in the finals. He was very lucky that another junior climber who had climbed higher was degraded for having stepped on a bolt. 8th in the line-up before the finals, Loïc fought back and managed to grab the silver medal. The Belgians could go party.

The Walloons flew back home the day after the competition. They had to get up very early in the morning. I woke up with Héloïse to say goodbye to the team, but while Héllo was having a shower, I had fallen asleep again. They let me sleep and by the time I woke up again, they had already left. 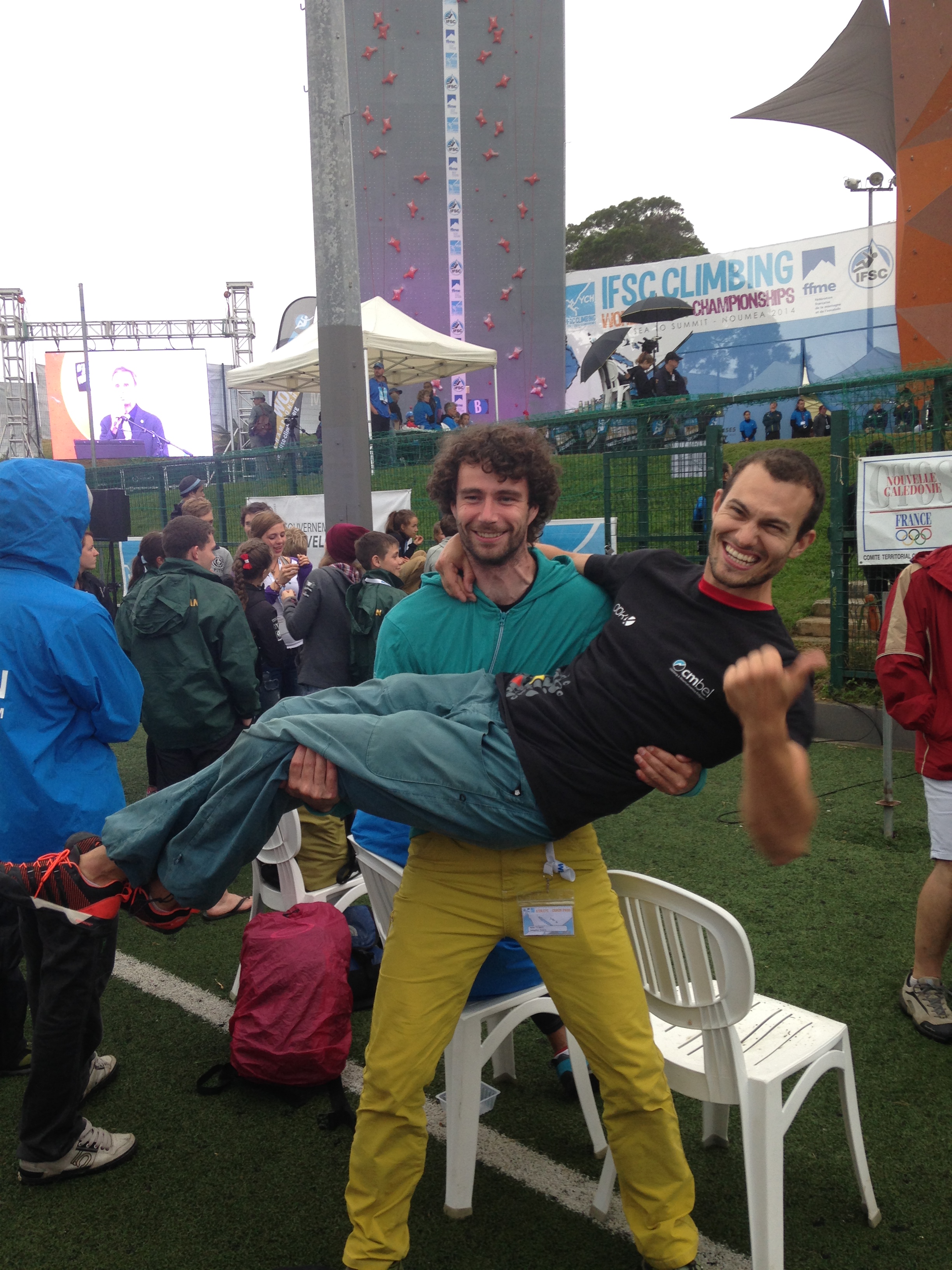 Tijl and the Swiss coach

I stayed a few days longer with Tijl to have a little vacation. We went diving and saw a lot of fishes. I didn’t see any turtles close by while diving, which was my dream, but two of them came swimming at the surface of the sea when we were on the boat. Instead I thought I would be eaten when suddenly two one meter long sharks came really close, but when I tried to warn the instructor pointing at the shark, the instructor didn’t panic at all and just moved on.

The last day, we went catamaran sailing. A catamaran is rather boring to sail with when there is no wind and it had no spinnaker. When I was still sailing the cadet a few years ago, we hoisted the spinnaker when sailing before the wind, which is big fun. Yet I managed to capsize the catamaran while I was holding the helm. 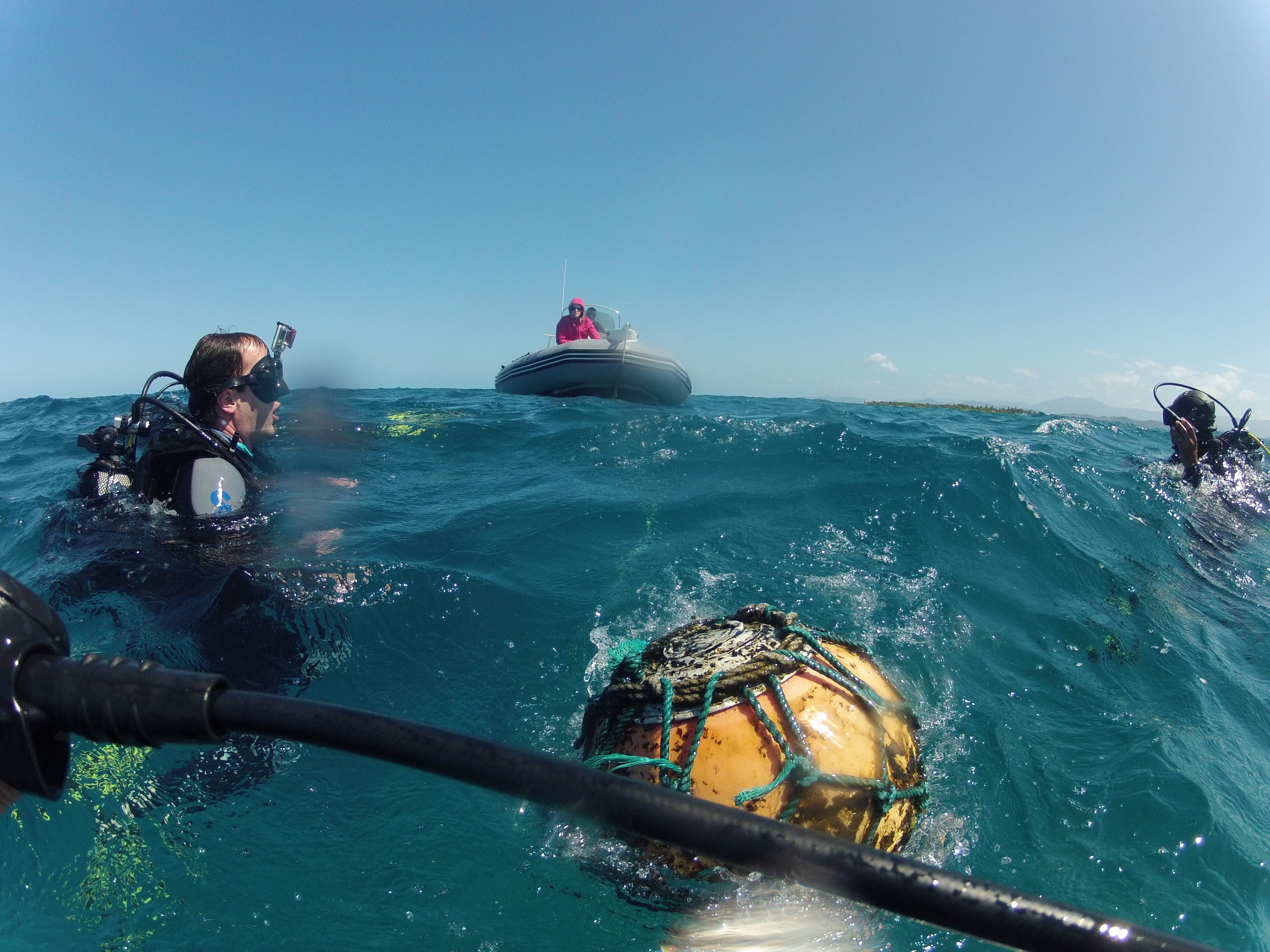 Celine and Tijl ready for a dive 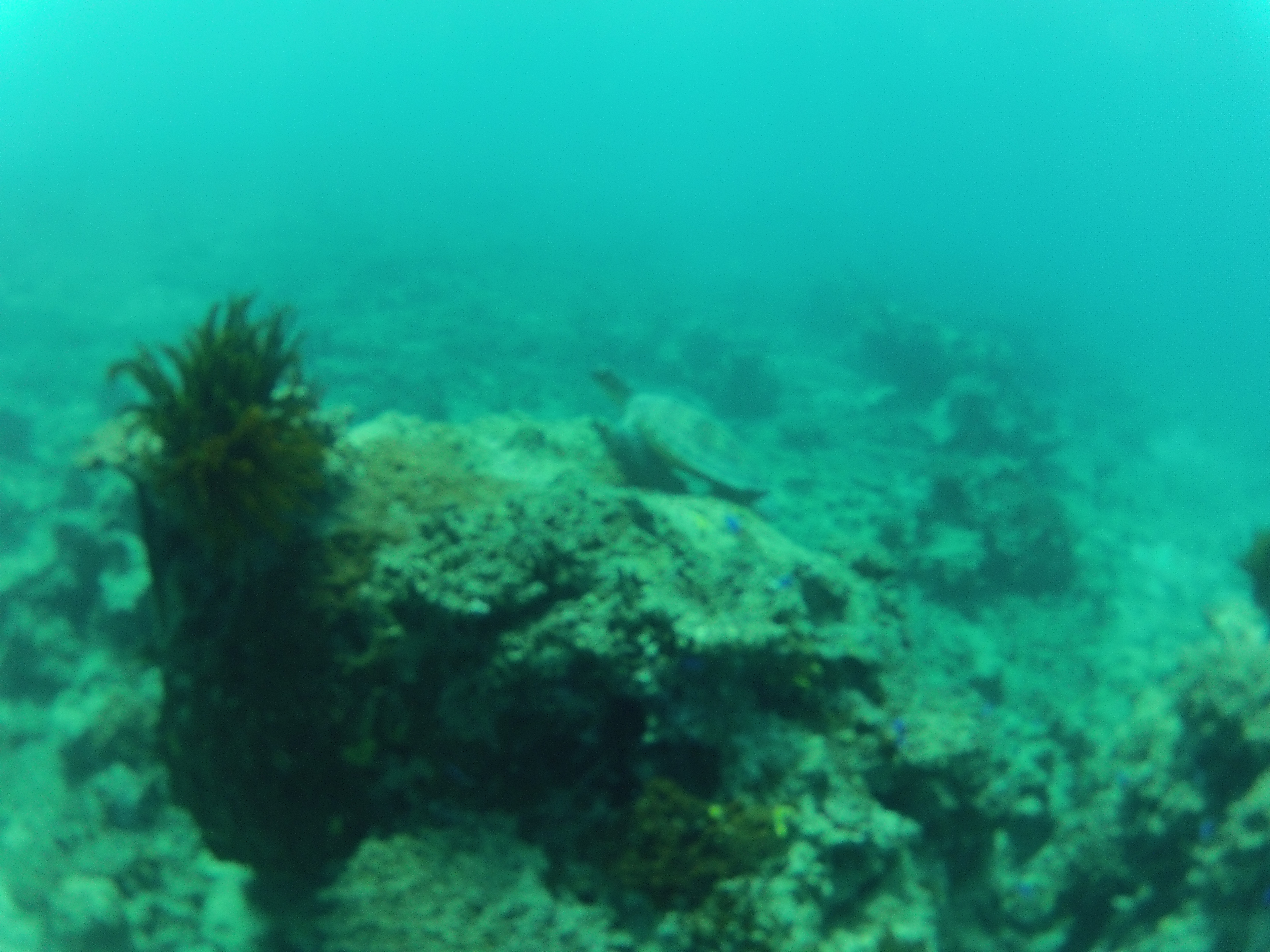 The turtle Tijl saw on his second dive 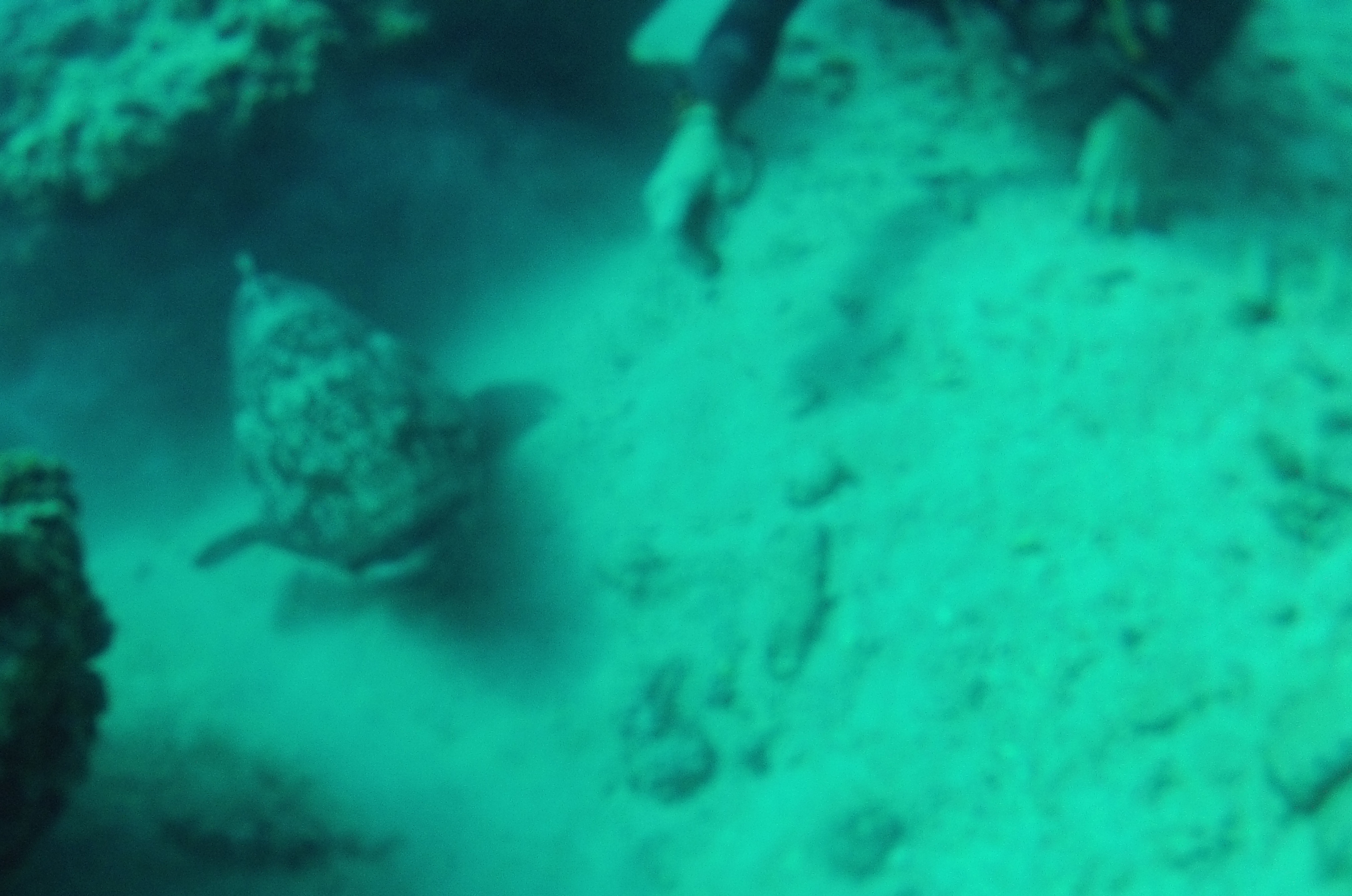 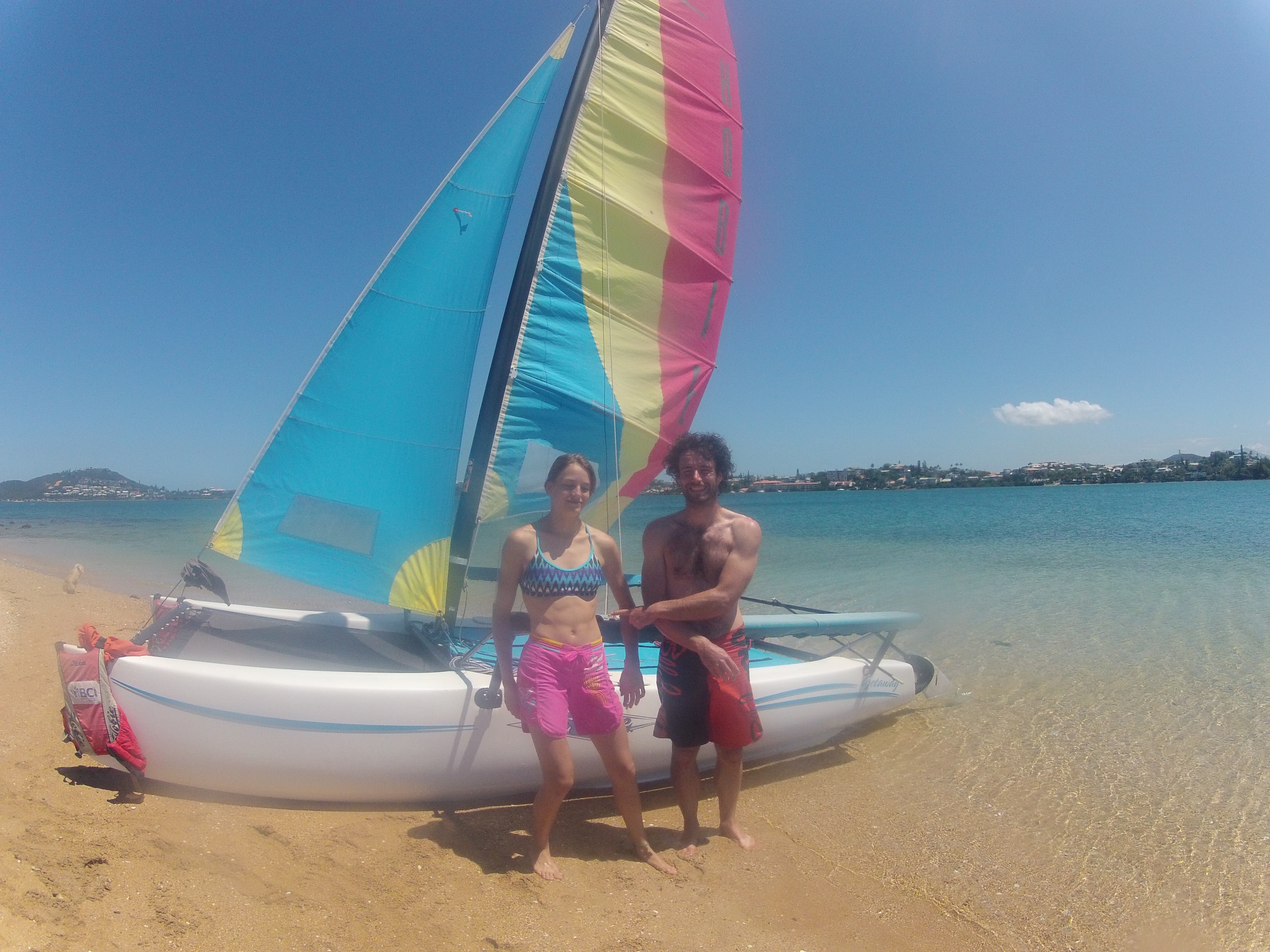 Going for a catamaran trip 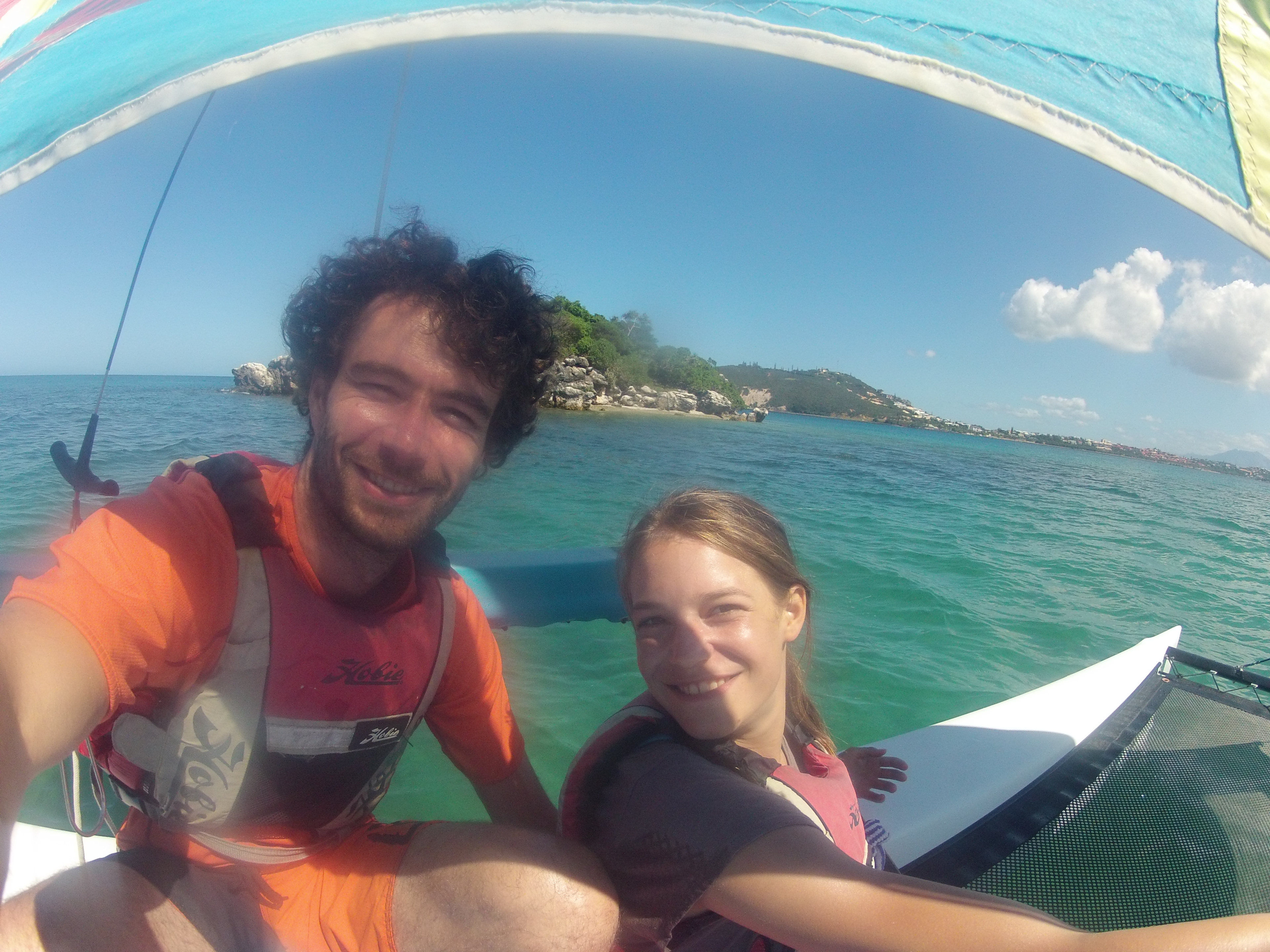 Not enough wind for spectacular sailing 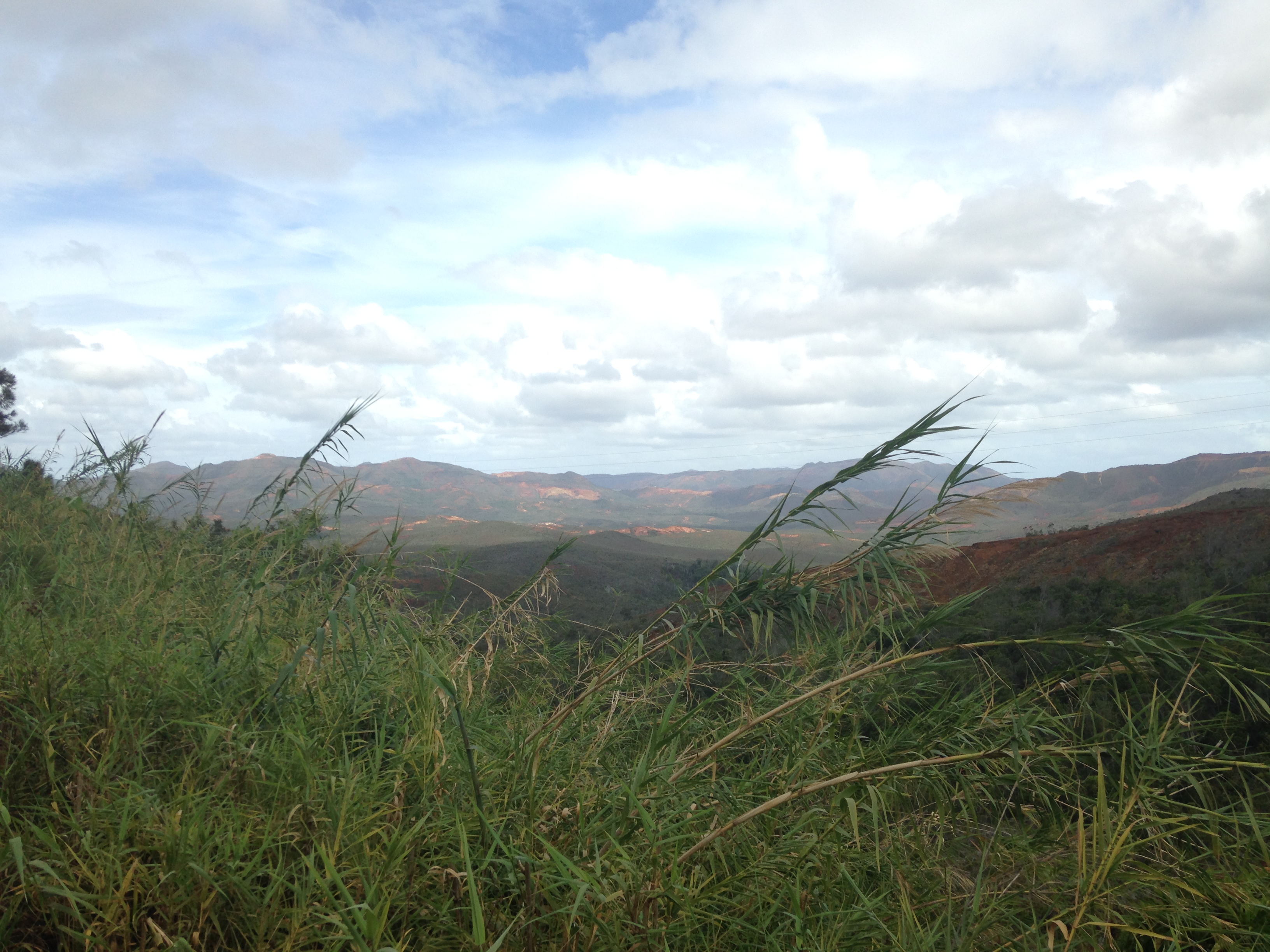 On a mountain walking trip 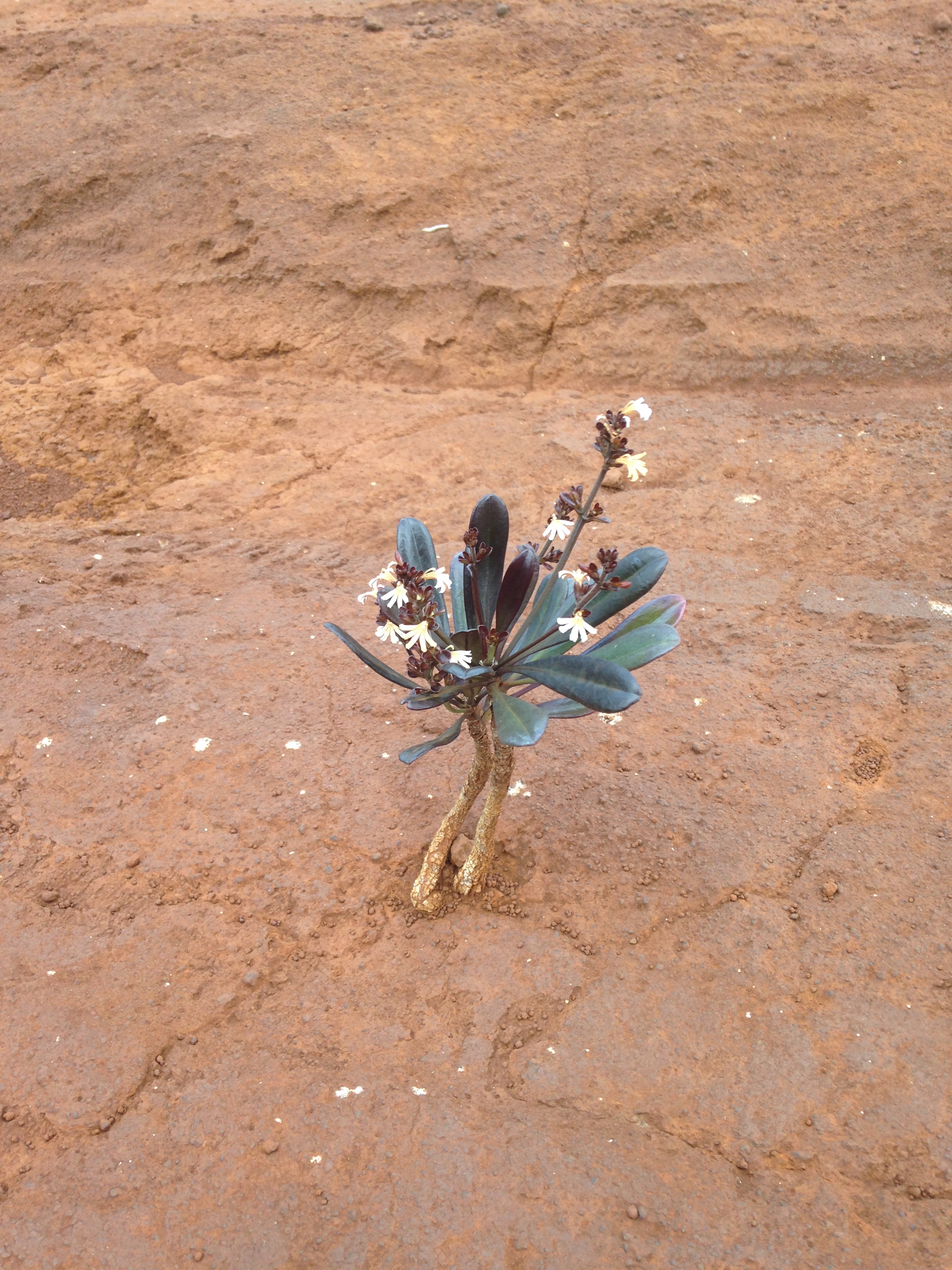 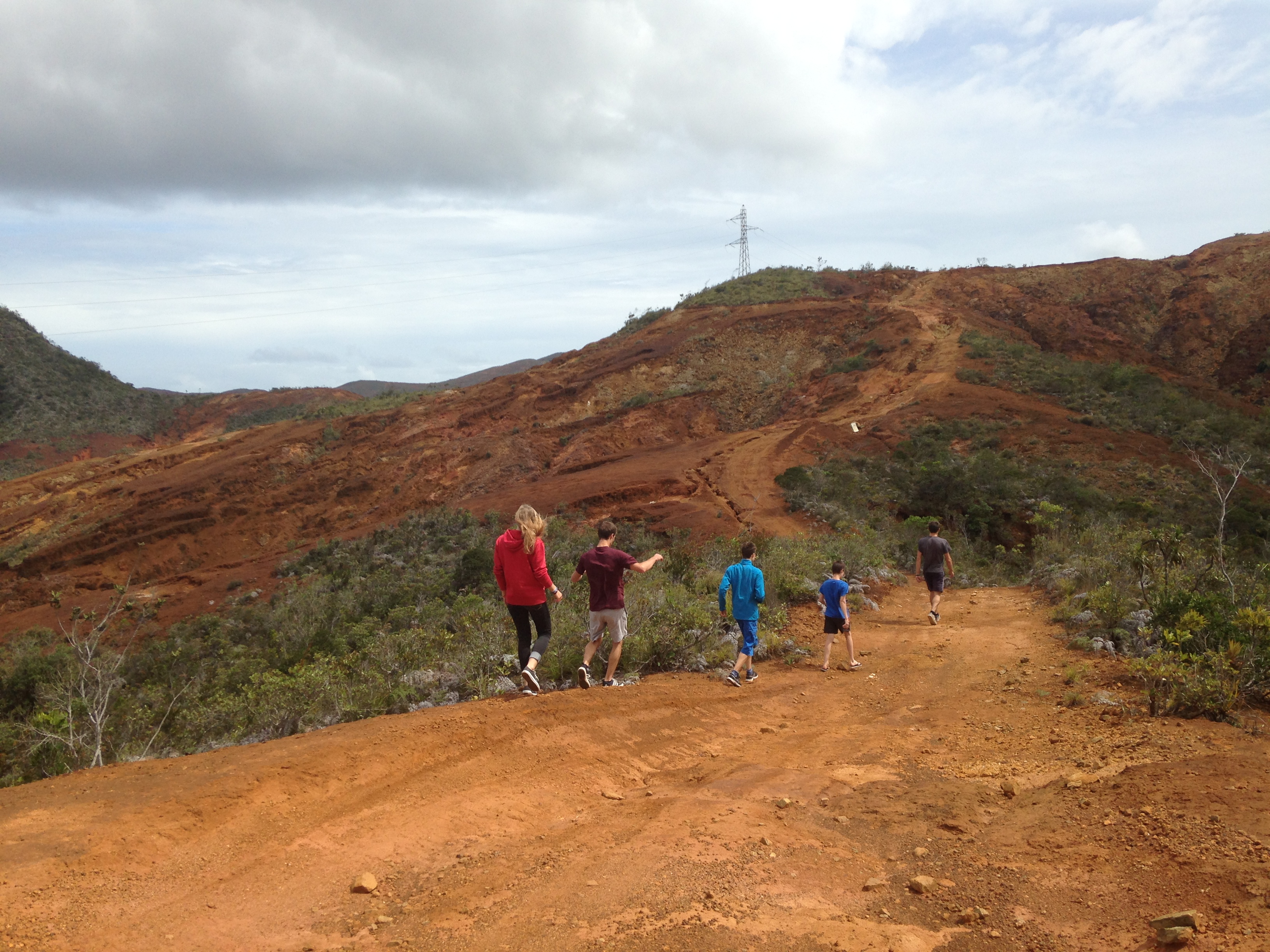 I am very happy that my parents let me stay a few days longer on this amazing island. Diving for the first time in my life was really big fun and I was also very glad that I had the opportunity to sail again after many years and discover these beautiful waters. Thank you Tijl for taking care of me and turning my disappointment after the competition into an unforgettably wonderful experience.