The Belgian lead climbing youth championship in Blueberry Hill on 5 April was the first competition I won this year. That’s a sad fact, because at two cups of the three I took part in, I only lost by one hold or two and this was a big loss because that made me finish second but also last. I should write articles about those competitions, but I can’t find the valour to start the writing. I am barley able to write this article, but I have to. Zizi Chalkdust was so worried that he took the trouble to fly all over from Edinburgh to see me. So I had to explain my feelings and show him how I am going to rise from the battlefield alive and well, to fight for human rights and to win the war against evil. Or to just try and do much better than last year.

“So Blueberry Hill?” Zizi insisted.
“Oh yes, what happened?”
“Well, you won.”
“Oh yeah, we drove to Blueberry hill by car with Yashin, that’s a friend of mine that needed a ride. And the car ride was long with naps in between and music from mom’s phone because we don’t have a radio in our car…”

“Blueberry Hill!” Zizi kept repeating.
“Oh right, uhm, well the selections were much better than last year and the demos were ten times better. We had a demo on video. The first selection was a red one on the right side of the overhang. I topped it. The second selection was at the left side of the gym. I was placed first after I climbed that route. I didn’t top it, but reached the highest. So, I was in the finals, but that wasn’t difficult with only 3 in one category. And maybe winning isn’t difficult either, but between two rivals it is. Whatever the situation, there is always a competition and with that a winner and a loser. So isolation was in the boulder and I climbed last in my category, but also after the B category. It was a long day.” 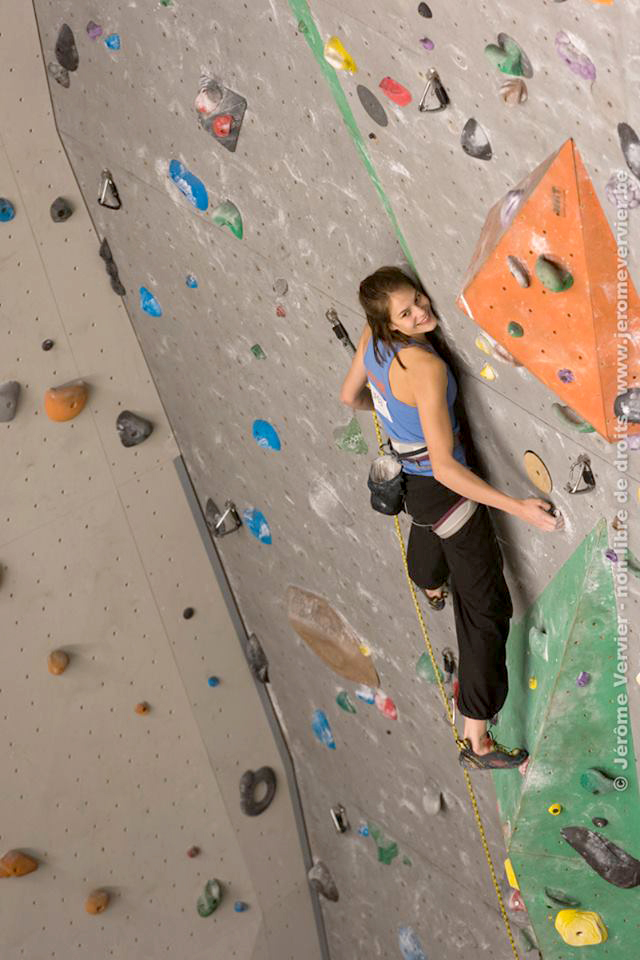 “So, finals, good job, what happened next?” asked Zizi.
“Well next I climbed the finals.”
“And how did that go?”
“Euh, well, I guess. The final route was at the left side of the wall. It was a red route. There was a dyno in the beginning. I don’t really like them, but it was a challenge in the route. I did it after some hesitation. I climbed on and finally reached a place where the public went wild. And I knew that I was the highest. It also helped that Hendrik screamed the hardest. I was very happy. Really happy.” 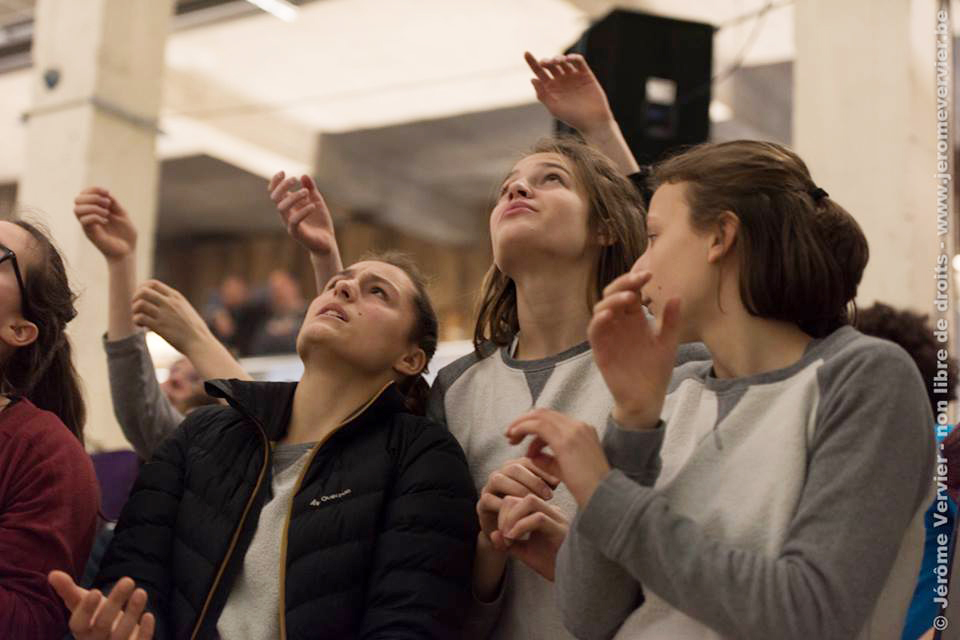 Elfe had to climb the same final route

“So why sad in the title?” Zizi wanted to know.
“Yeah, I ask myself that question all the time. But I was sad or more like disappointed. There was an appeal against me that day. They argued that I had used other colours. The route intertwined with many other routes and with my long legs it was very hard not to touch the holds of the other colours. As a result, I couldn’t help but accidentally brush over a few when I was trying to find the right place to put my feet. Therefore, they lost their appeal, but I was still mad. The judge told me first and I didn’t want to tell my mom or my coach, because I could lose and already had lost my smile and replaced it with a grimace, I didn’t want to lose more than my smile that day. But I knew they would find out either way, so I just let it be. By the time my coach told my mom, she was already discussing it with her friends. I didn’t want to listen. Podium rolled around and finally it was time to go home, but I was starving, so my mom, Yashin’s mom, Yashin and I decided to first go to a pizzeria to eat pizza and comfort me. At home I gave my medal to my dad. It was a victory for my dad but not for me. That night, I couldn’t sleep, so I read a book trying to get my mind off of things. Then I went in the shower, which made me rethink and eventually… Never mind.” 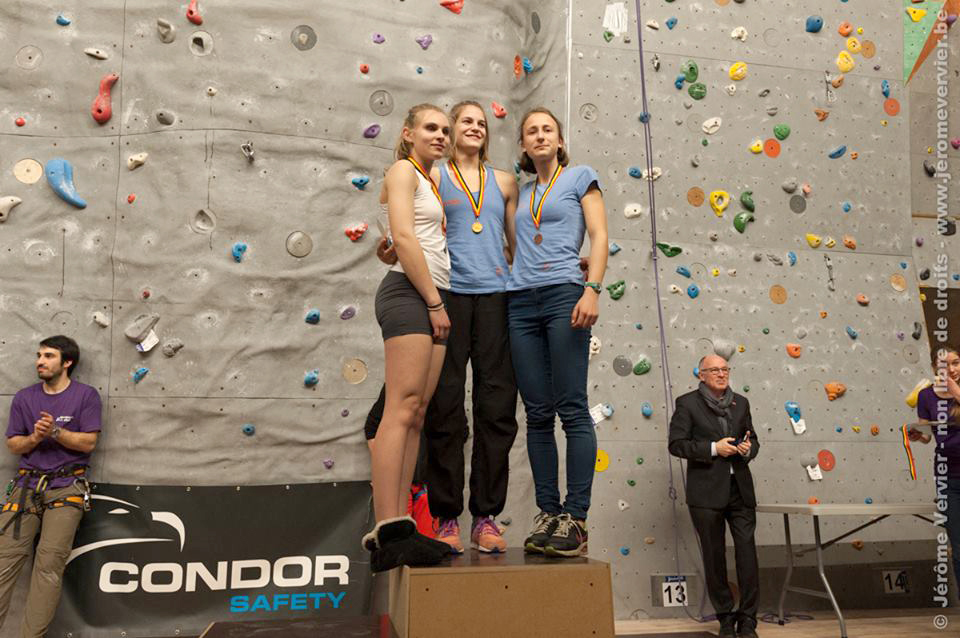 Héloïse, me and Joke

“That’s it?” was Zizi’s last question.
“Well there was a post on fb and I replied with a drawing, that’s it indeed.”

Relieved, Zizi Chalkdust flew back to Edinburgh after whispering in my ear that he was very happy to see me smile again. I opened the window and he took off.