The last two trainings were on Tuesday and Wednesday. They were hard and I climbed really good. At the end, I wasn’t too tired at all, but my fingers did protest. The last thing we did on Wednesday was tail stealing. This is a game where everybody has a tail and you have to take the other’s tail. We do it on the climbing wall in the boulder. If you fall, you’re out. If your tail has been taken, you’re out. It was so much fun. That was the last thing we did as training. 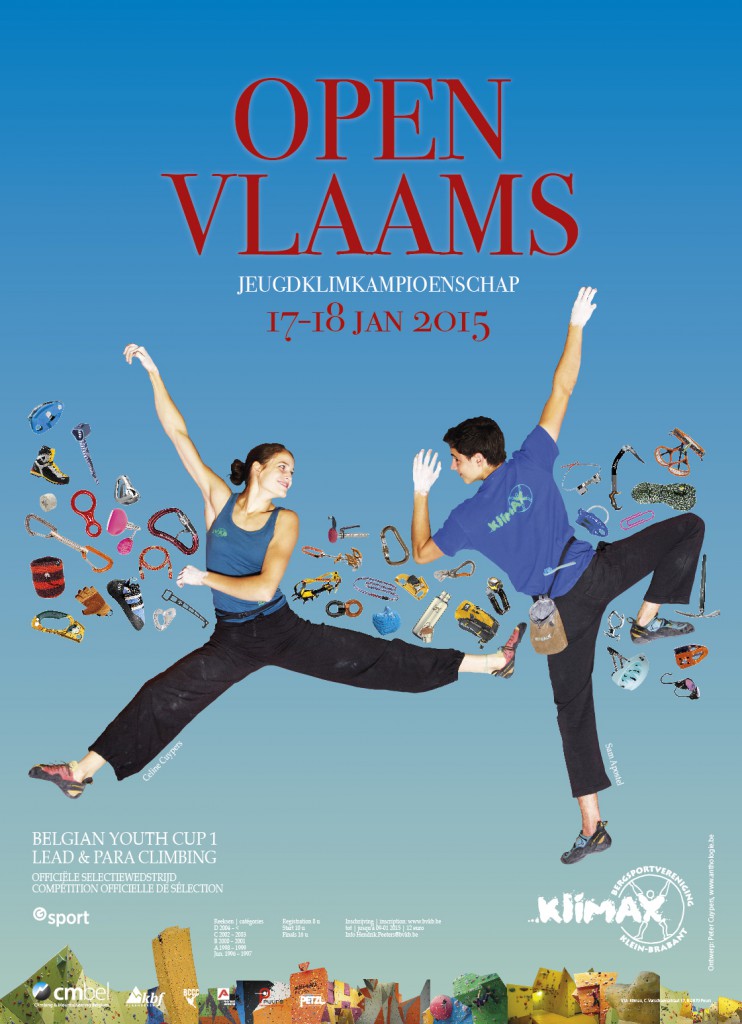 I was so ready to go that even in the morning I wasn’t bad-humoured at all. I had to wake up at 7 and that was terrible. But I accepted it since I was going to compete. I arrived with a big smile on my face and I was so happy. I soon got to know that we had the blue route on the light overhang. It looked really hard and technical. I read it with Elfe and with a few other climbers from Klimax. I read and read and reread. I was ready. I started the warm-up and climbed. Then I felt stiff in my back. Okay I’ll have to do it. 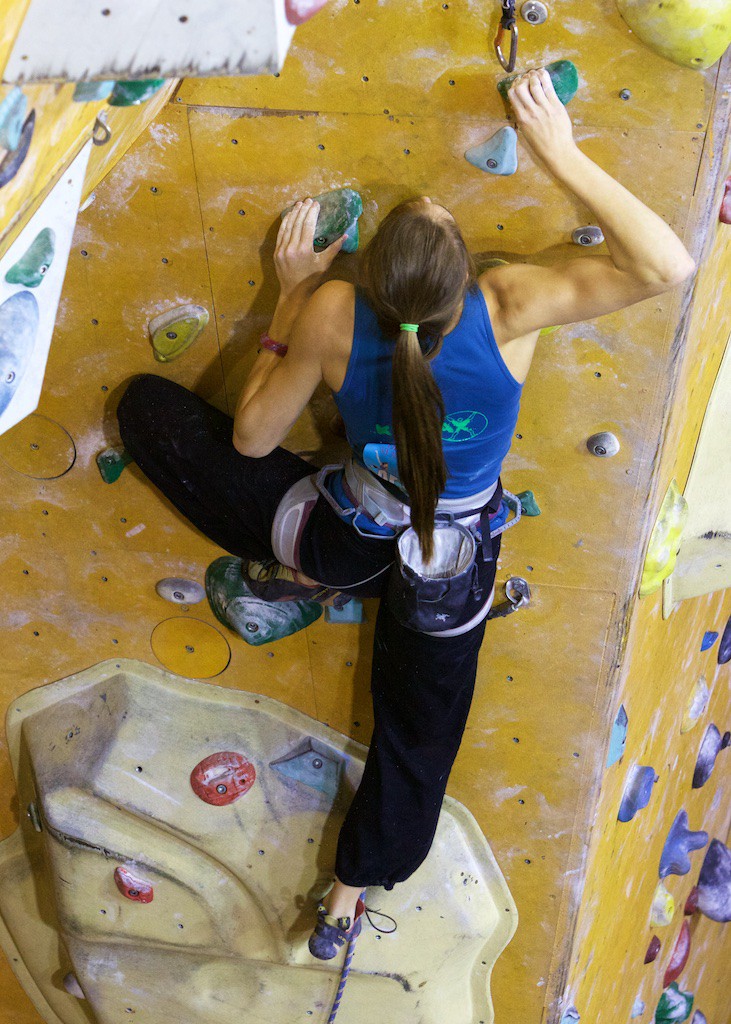 In the first route, I started very calmly. Going to the first ball was hard and technical. The second ball was hard as well and I had to hold on very tight. I was slipping and if I moved the wrong way I would fall. So after hanging there for a long time, a thought came to me, Héllo fell here. And with that in mind, I sort of jumped to the next hold. I must say it wasn’t so nice to see I think. I must have sort of jumped like a lost cat, not sure of my destination. But I held the hold and moved on quickly. The third ball was not a good hold (not that the other holds were good, but this one was especially bad since I had to cross through). You know I’ll tell you a secret: “I am bad at cross moves to a very bad hold.” I think it’s also because I’m so tall and when I have to move my body to the other side of the wall my feet are mostly too high. So that is where I fell, at the cross-over. 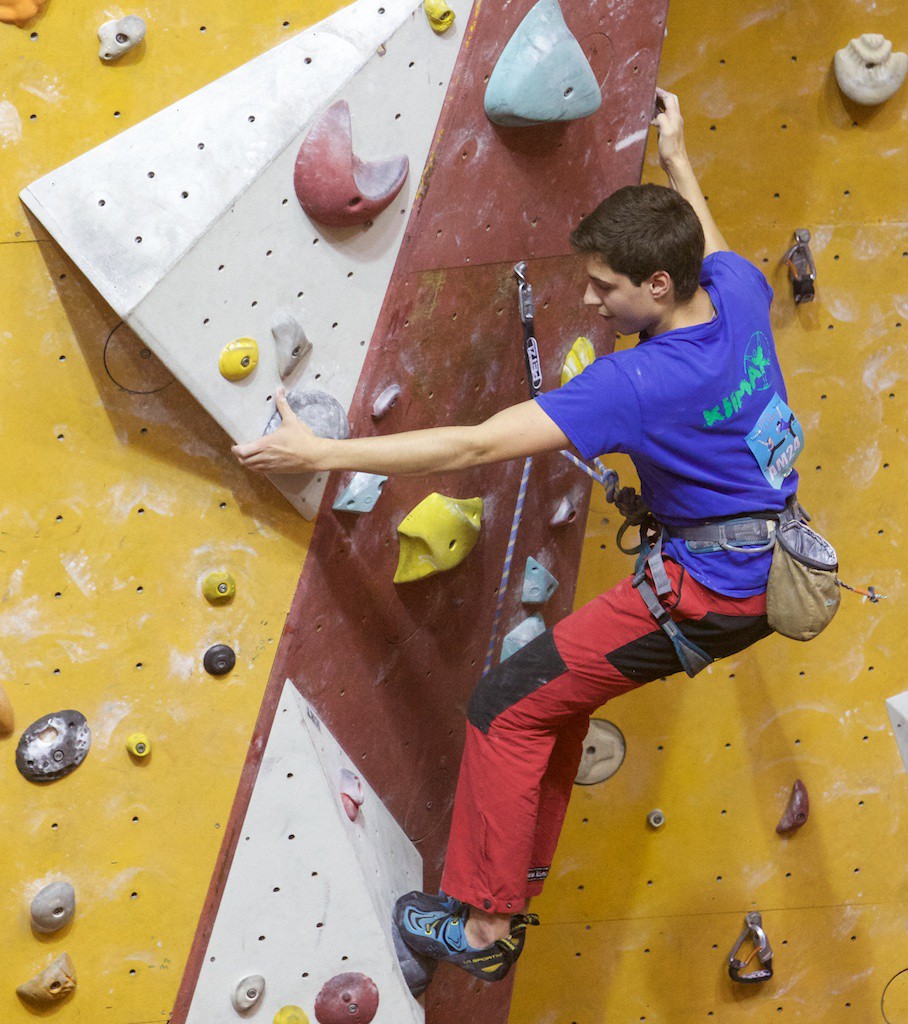 The second qualification route was a green one on rope 17. (My least favourite part of the wall.) The demo apparently was for the two qualifications at once. So I missed part of the demo. I read and read and reread and to compensate for a half missed demo I reread again. Now I was ready. As I had done with the blue one, I read with Elfe and the Klimax girls from group B. The green one looked easier at first sight, but when we started to read it and the higher we got, the more difficult it became. I started and felt good in the route. The beginning was okay until the volume. You had to put your feet high and go to the next hold over the volume and then I had to put my other foot high on the volume. It required balance. Eventually, I reached the last movement. I took a small hold and didn’t feel very comfortable with it. It was very bad and the other hold next to it was even worse. So that is where my brain came into action. “It was the last move. If I take both bad holds and try to continue, I would probably fall. So why not give it a shot.” So I jumped. It was tricky and I almost fell. Well almost. I had it and topped the route. 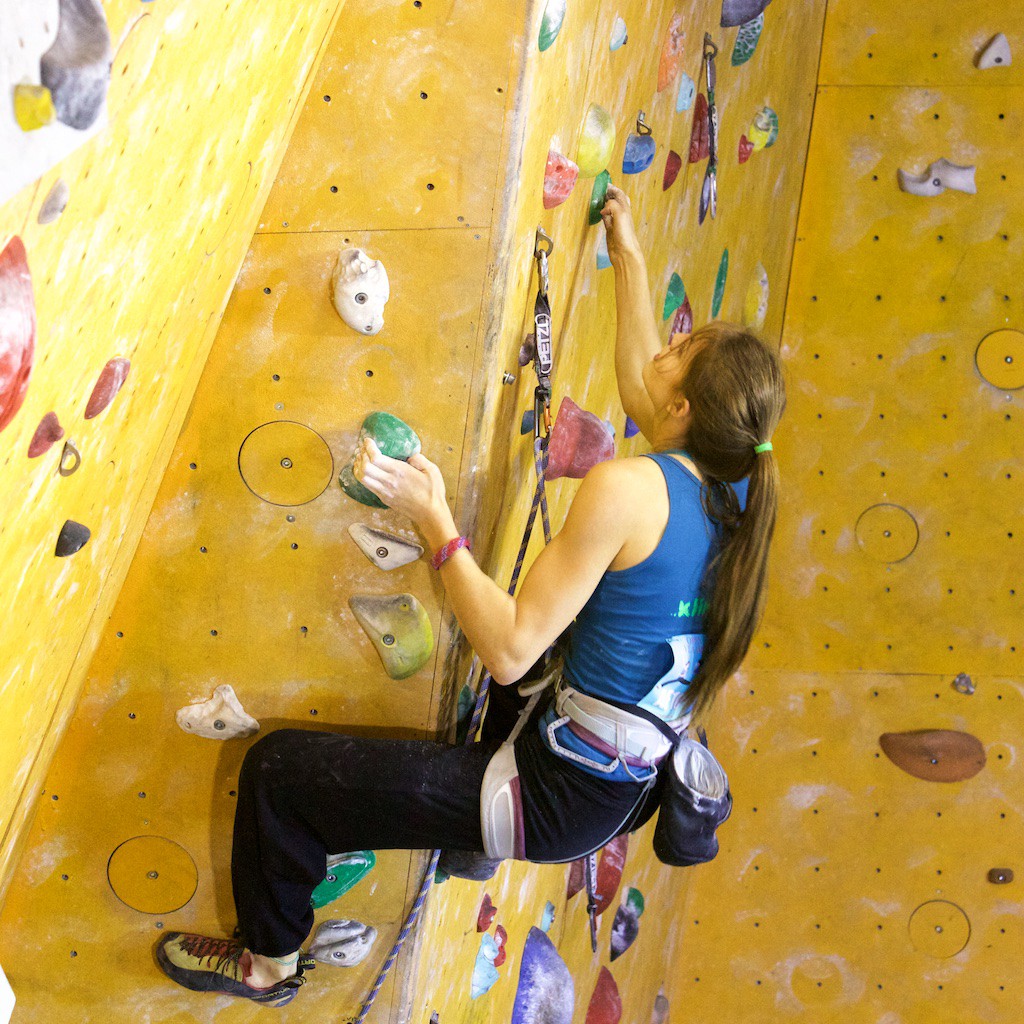 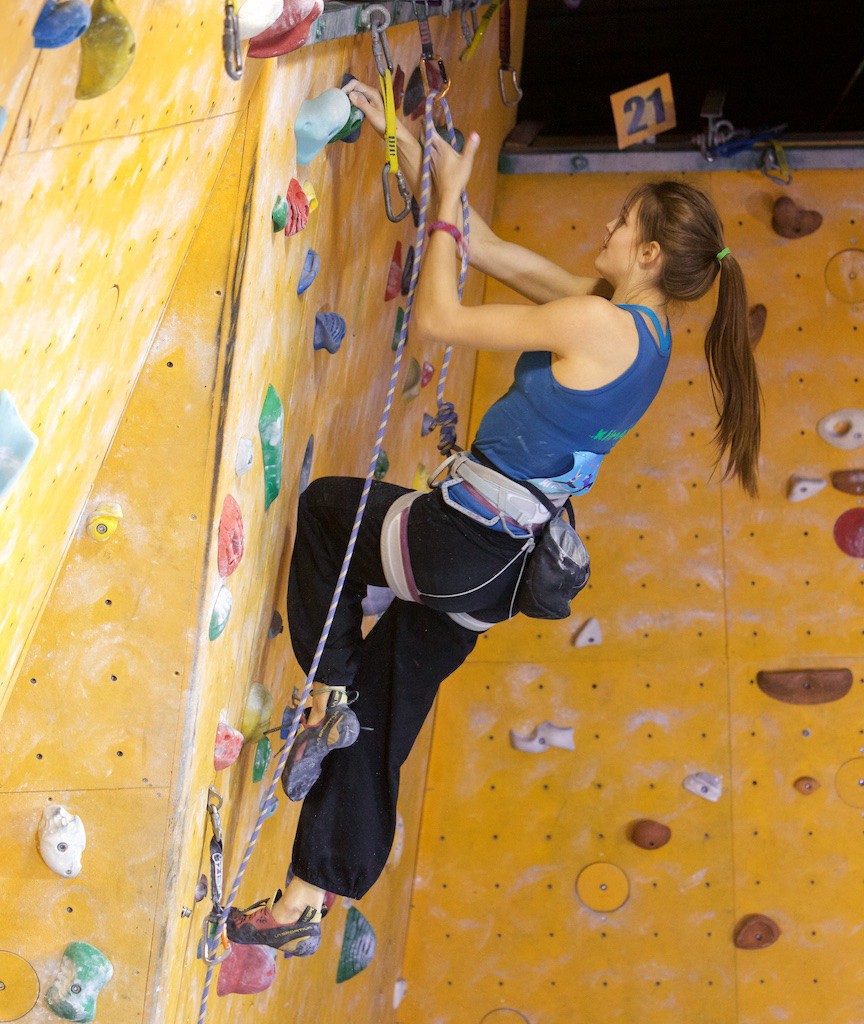 The finals!! I didn’t want the route on rope 19. So I was hoping for rope 14. And my hopes were answered. I had rope number 14. That wall is overhang, not the biggest, but my favourite. It was a yellow route. Reading time was 6 minutes. First, I read it alone. Then I read with Elfe and the last minute with Anak. I was exited, the route was very hard from the beginning to the end. In isolation I warmed up for 5 minutes and then I lay down and talked and relaxed. When Elfe prepared herself, we had to give her a pep talk. I was next, so I prepared myself when Elfe left the isolation zone. I was ready. (I am nervous now again, while writing this article, weird huh?) I tied my shoelaces and made my climbing knot. It was my turn. I walked to my route and put my foot on the wall and was off. The beginning was hard and then I reached a point where there were multiple solutions. I had told Anak that I was going to do a foot hook, but she wasn’t so sure about that. So I tried putting my feet to the left. That didn’t feel good, so I was like: “No no, that ain’t gonna happen.” And I did my foot hook. After that, I ended up with one hand on a pinch and my other on a ball. There, I had to put my feet to the left again, but again I didn’t feel comfortable. So I did a hand-foot-match. This garnered me a round of applause from the audience. Then, I reached a good hold and was so tired. I fell and the first thing I did was smile. The second thing I did was look at my mom who gave me the thumbs up. I think I had won. And my belayer confirmed it to me. This was also the first time I didn’t mind standing on the podium. I won’t say that I loved it, but I didn’t hate it either. Thanks to everybody for the support. It was an amazing comp and I loved every second of it.

Winner of the first Belgian Cup and Champion of Flanders