Easter Holidays with Anak in Spain

We left Friday shortly after school. Papa drove me to the Verhoeven family. The famous Cuypers mobile was completely prepared by Patti with loads of fresh vegetables and fruit. Wim started the car and headed for Paris. We waved goodbye to my father, who unfortunately had to work during the Eastern holidays but joined us for the last four days. Then I knew my holidays had started.

It was a long ride before we finely arrived. I thought that I could begin with putting on my shorts, but it wasn’t so warm at all. The first days were often cold, rainy and windy, but the last few days were good enough to finally wear my shorts. At first I thought I wasn’t going to miss my parents, but at the end of the holiday I realised that I can’t live 2 full weeks without them. Anak started almost the instant we arrived in Oliana with her 8c. It was incredible how she did it in the dark. We could only see her black shape against the dark blue sky. Sometimes we didn’t see anything at all and then we saw her shadow again. With a sigh of relief, we saw that she was still on the rock. 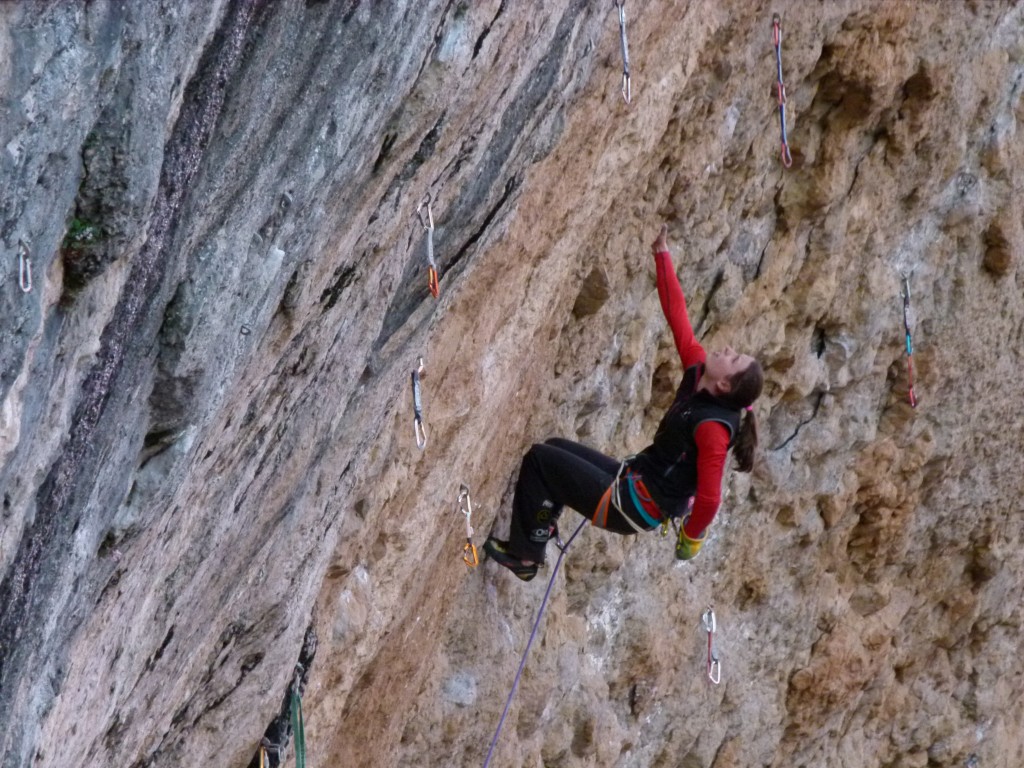 When I started to work in my 8b, it was really cold, so I had to hurry to get it finished. I worked a lot and very hard in it. Then I had a good go and I tried it, but I fell at the top of the route. I was happy and at the same time I thought that I almost had the route. Then I had another go and fell lower than the first time. Tomorrow was the last day that we were going to stay in Oliana. That day, I went into it just for warming up. The route starts with 7a until you crawl into an alcove to rest a bit. Then it continues on fins with very sharp holds. Before I started, I only wanted to go until the third quickdraw and then come down, wait half an hour and go for the real try, but when I arrived there, I still felt strong and instead I did it. For me the holiday could just end here.

The last two days we were in Margalef and there I climbed 2 more 8a routes. I actually hadn’t any courage left for more difficult routes. I was already happy enough with my 8b. I didn’t want to go home disappointed. But as we still had 2 days, I had to try at least one more 8a. The first day I already sent one 8a in the second try, and there was still another day. Trainer Wim and papa encouraged me to try one more 8a. Well, I thought, one more try couldn’t do any harm. So, the last minutes of our climbing days, I managed to top a third 8a this holliday. This one, I also sent in the second go. Anak managed to send her first 8a on sight. 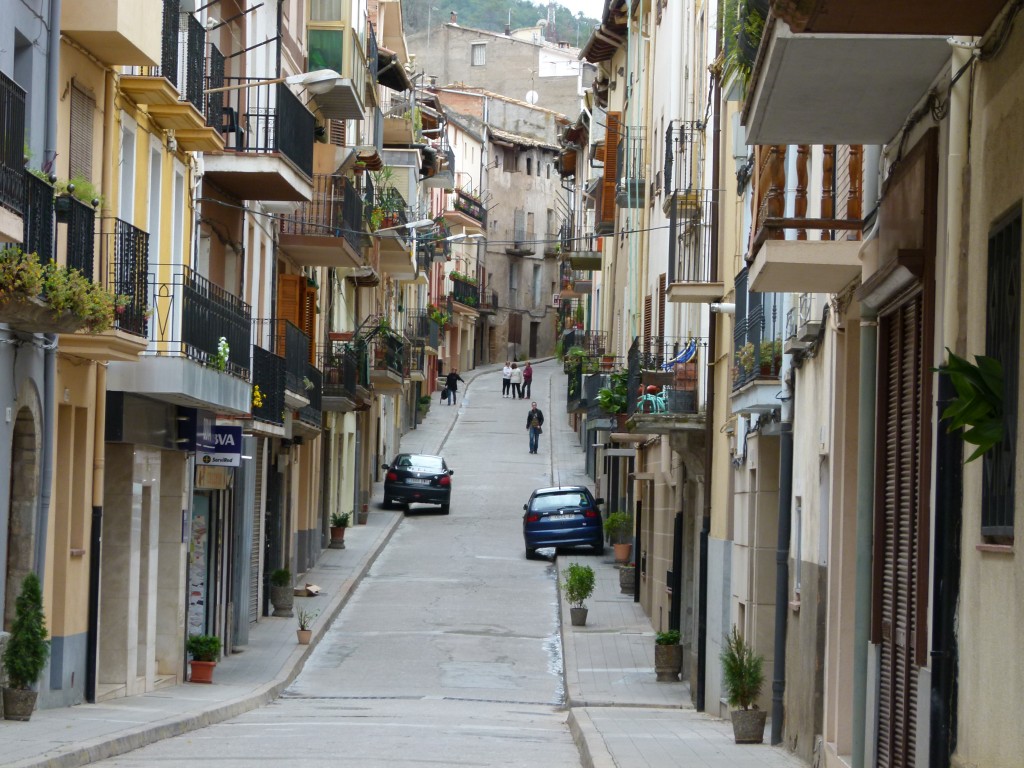 Sachi Amma and Chris Sharma were also climbing in Margalef. We met them in the Refugio. They also worked in the cracks where we were climbing, but on other days. We also met Loïc an Chloé there. They had a very good time too and climbed some hard routes. 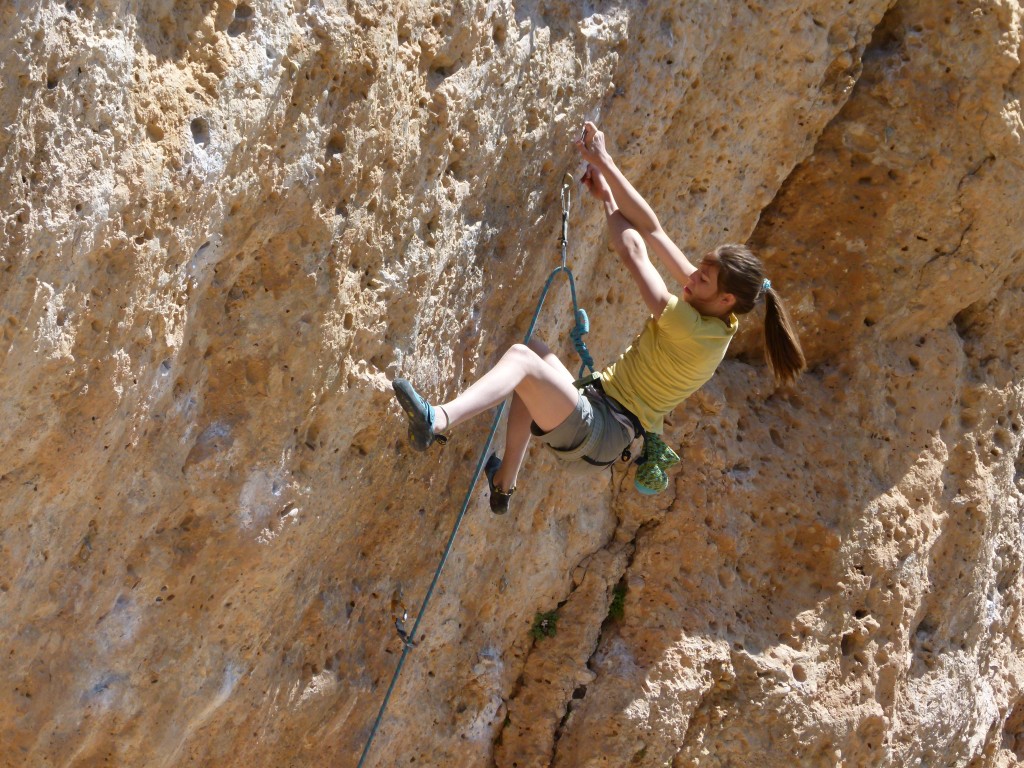 The last days were very sunny

Papa, Wim and Patti drove us home in less then 20 hours. The maximum speed of the Cuypers mobile is no more than 100 km an hour, a little bit more downhill. Unfortunately, we were told by the Guardia Civil that the tunnel in Bielsa was closed after 10 o’ clock, so we made a big detour to cross the Pyrenees. I had a wonderful holiday with my friend Anak and her parents. Mama told me there was even an article on the Belclimb site about Anak’s 8c (Belclimb) and my 8b (Belclimb). So everybody in Klimax already knew. Lots of friends came with felicitations for our new records.