Party and Afterwards a Competition

The day before Monday 21 October 2013, my mom said that I had to write my article. So that was the day after the competition and now I start typing. Friday, the day before the competition, I went to a party. My mom’s cousin turned 50 and his children organised a rock-‘n-roll party, so everybody was dressed up. My bother photographed the girls who were all wearing long dresses with flared polka-dotted skirts. It wasn’t late before I was in bed, at 12 o’clock we were in our beds. I wasn’t tired.

I didn’t have to wake up too early, because the competition started in the afternoon. Luckily, otherwise I couldn’t have gone to the party. I really wasn’t tired. So, my mom had enough time to make me pasta. I could still help the C and B, because I arrived too early. For them, it started in the morning. I had to wait some time before I could register. I had already seen a few boulders I surely wanted to try. But they were too difficult. I was eager to try, although I don’t really like these boulder competitions. I don’t like them so much because they are too chaotic, but I really felt like climbing. If you see everyone climbing, you really want to climb yourself.

Only 6 Left to Climb

There were 30 routes. I started climbing all the easy routes. So only the difficult ones were left over. It was hard to finally climb some more. After a lot of trying, I started having some fun. I like figuring out difficult problems. In the pink route on the vertical wall, I fell all the time at the last move. This was a push-up move and I couldn’t do it the way it is supposed to be. My arms had been sore for three days. Route 24 traversed and ended on the vertical wall with a small roof in between. The most difficult part of the route was from the roof to the vertical wall. It was a shoulder move and it was easier if you were smaller.

Simple, there was no podium. 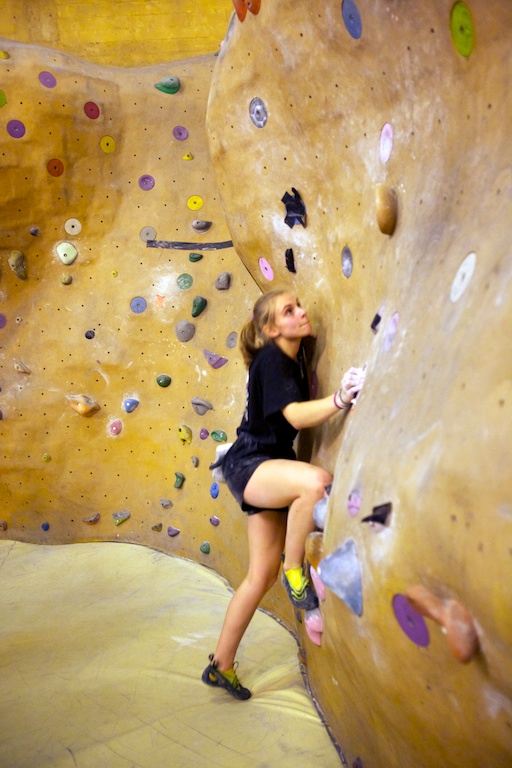 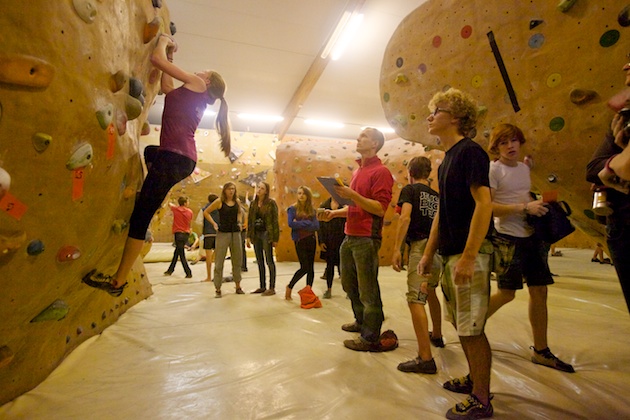 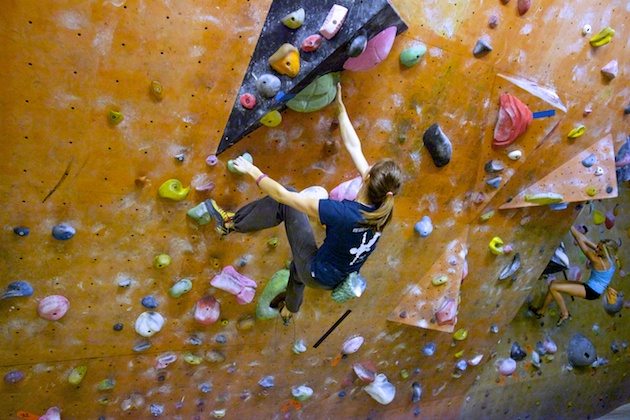 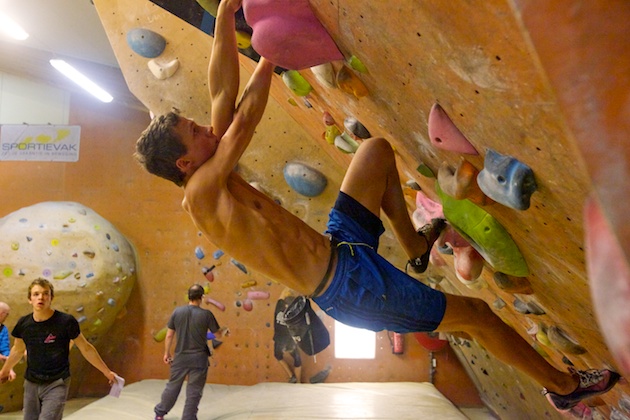 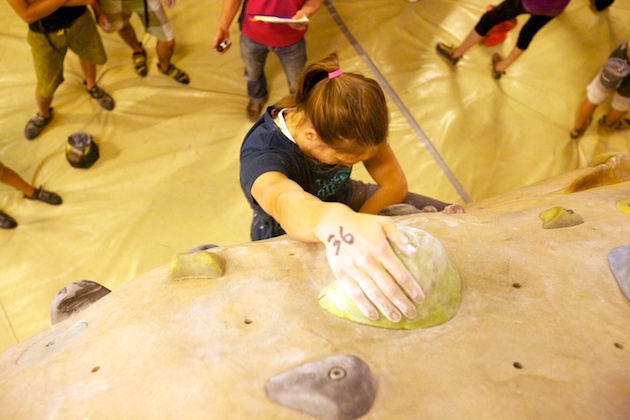 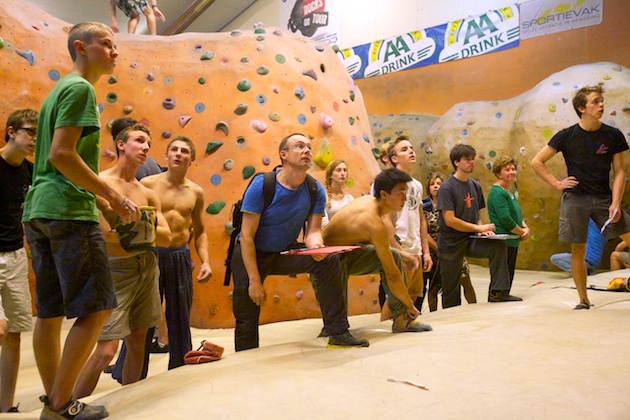 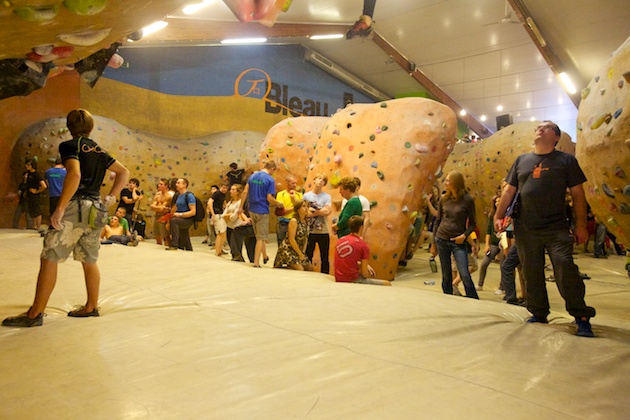 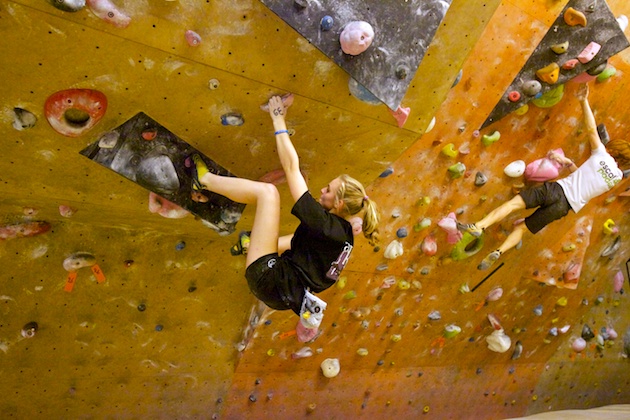 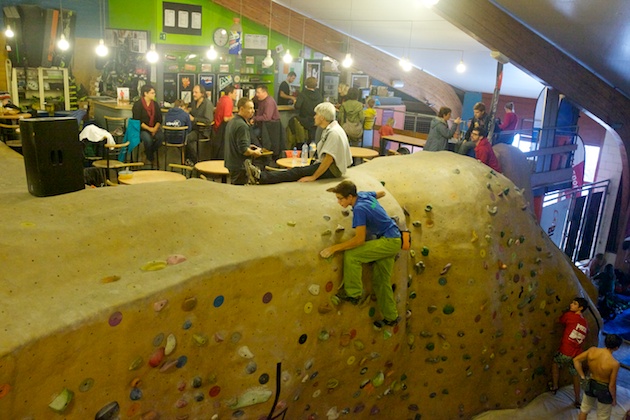 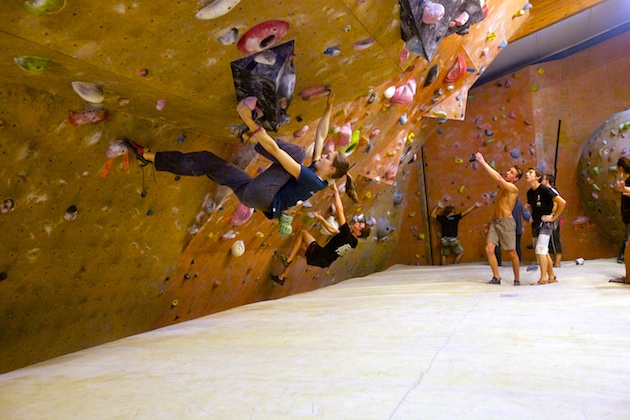 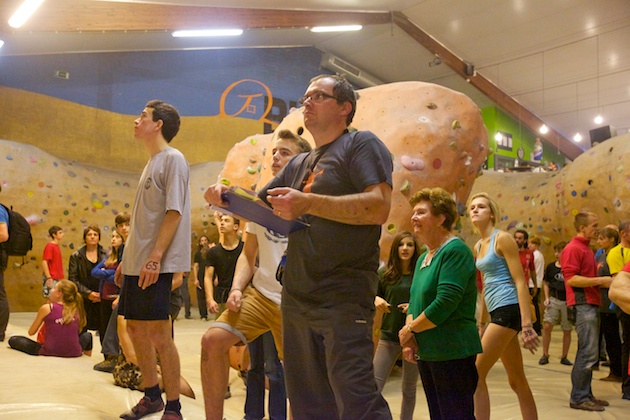 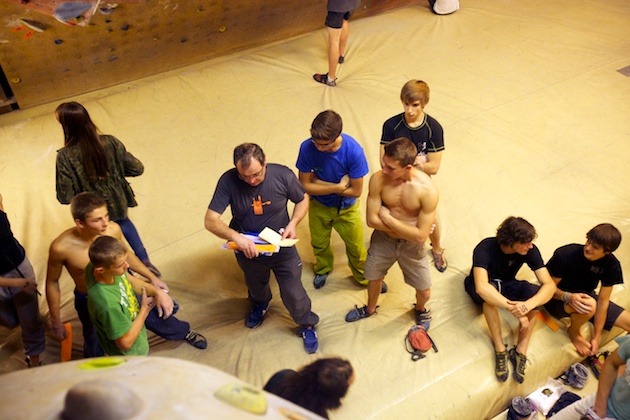