Where Is My Mind?

For me, the competition went better than last time. My mind was more concentrated, but I still didn’t win. It seems as if I have lost my winning mood. Héllo took the first place with a clean competition. She topped all selections and the final route. For her it was a perfect competition. Margot got 3rd place. I got silver. The three of us were very happy. 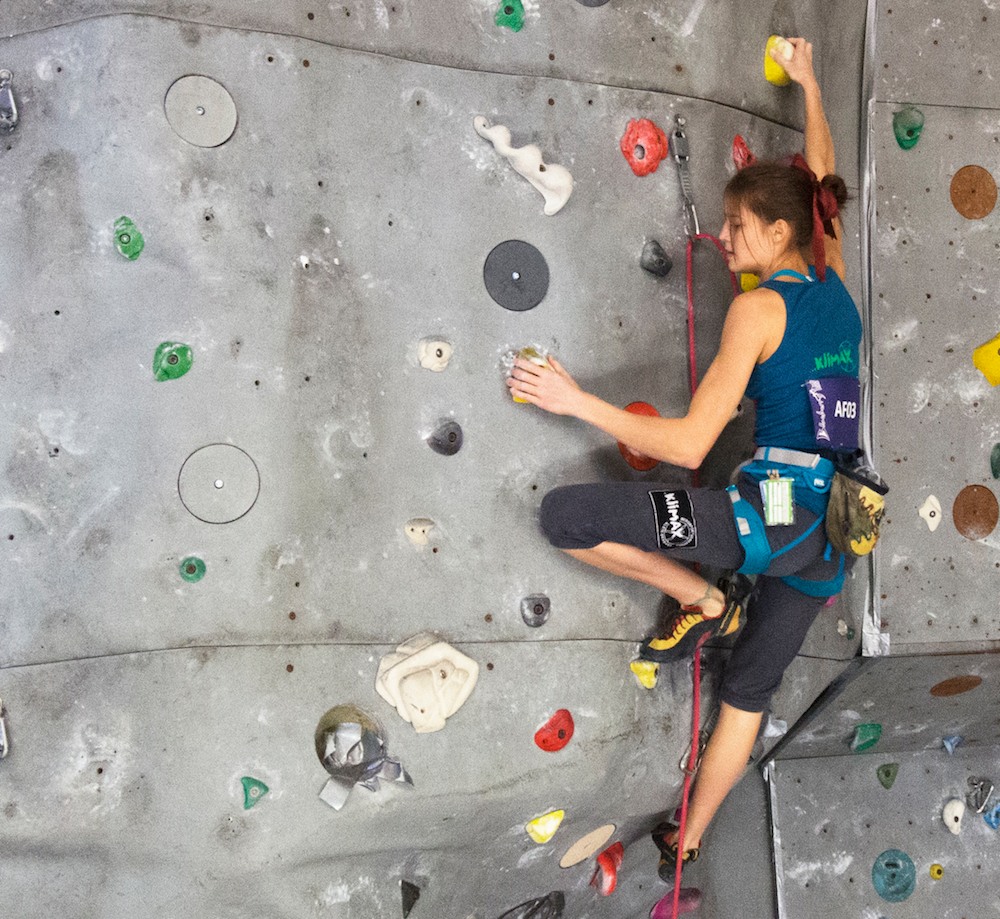 Again it was difficult for all of us to contain our pressure and to keep fighting until the last move, not to lose concentration and wanting to win. It is the day in the week that is the most tiring. You always have to fight and at one point the fight is over. You lost it or you won it, but in both cases you are unable to fight again at the end. When I lay in bed that night I was glad it was over, and somehow actually not entirely satisfied because of the mistakes I had made that day. However, from a certain point of view, I know to be happy. I have not lost a first place, but gave it to someone who deserved to be first.

Our selections were nice routes. We had to climb 2 yellow routes. Both routes were very technical. I topped the first route, but fell in the 2nd route at one hold from the top. Héllo who gave me a perfect demo each time, topped both selections. This made her first in the ranking for the finals. In our first route was a small overhang and it ended in a technical part. The small roof was not so difficult, but to get out of it was harder. The second route was a route next to our first selection. It was also very technical and at the end I couldn’t put my foot on the foothold, so I held it underneath. That was stupid because I should have rested a bit and then I would have been able to put my foot on the foothold and grab the last hold. Now, I fell there and I became very nervous.

There’s a Hole in My…

Our final was very hard and its colour was green. We read together and I became even more nervous, because I saw some very difficult moves in the beginning. When we went to the isolation, I forgot to take my shoes. Our team leader Hendrik only found my worn out shoes. My trainer, Liselotte had also brought her pair of shoes and we both have the same size. Luckily my right shoe didn’t have holes and neither did Liselotte’s left shoe. In the end, I could climb with a decent pair of shoes. This was so stupid of me. There is always something that goes wrong with me. During my climb, I was very scared of falling out of my route. When I arrived at the point where I fell, I thought that I was over the difficult part and I was somewhat out of my concentration. I had to take the hold with 2 hands and I did, but not on the right place, so I fell. I was not very pleased, but it went better than last time, so that was an improvement. And I was second this time, so it was not too bad.

Superfinal for the Youngest Boys

In the D category, Jasper, Ties and Samuel Marchal had to climb a super final in our final route. Jasper came out the highest at hold 26, only a plus lower than me. Ties got very high too falling from hold 21. Sam came down rather early at hold 12.

Pavitra (Para A) could not top the first selection. She told me that there were small holds at the end and that she is not so good with small holds. She could not hold on and let go. Constantin Carsana, a junior paraclimber topped his first selection. He waved at the audience showing how happy he was. The second selection was topped by both climbers and Constantin waved again with a very big smile. Both paraclimbers went very high in their final route, but weren’t strong enough to top. Nevertheless, they showed some spectacular moves amazing the crowd.