We left with the Belgian team on Friday shortly after noon, so I had some spare time in the morning to study for my upcoming math exam next Tuesday. I sat beside Nils on the plane and Anak who was on the other side of the aisle questioned me a very little, rather negligible bit about geometry. At the car rental place in Edinburgh, I took a map with me, but the climbing hall was not on it. I shared a hotel room with Anak. I had spaghetti with chicken for dinner, and, mama, you can be really proud of me, I even ate the courgettes. For desert, I had a Belgian waffle with a delicious choclate sauce and ice cream. 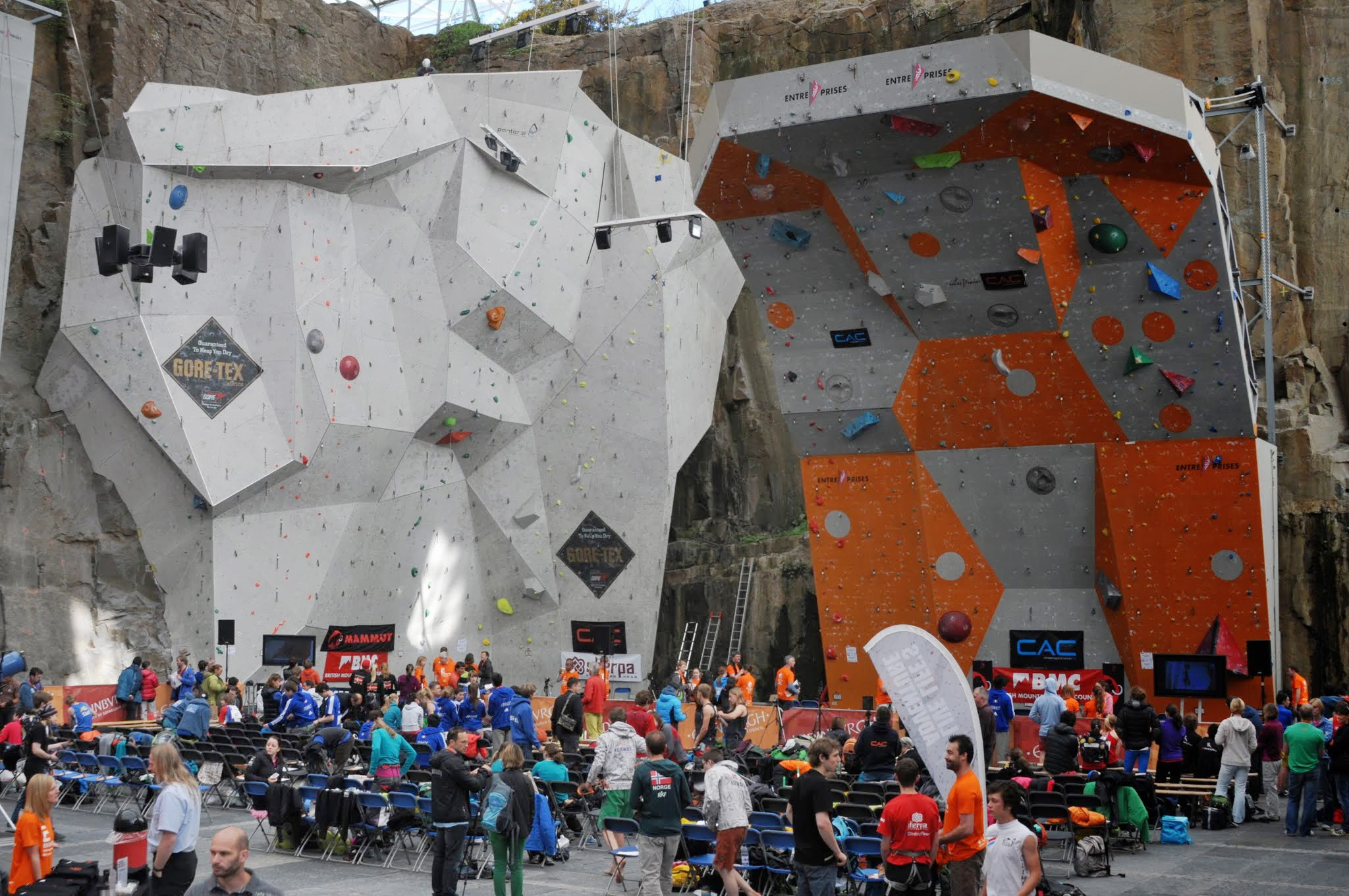 Anak’s cell phone alarm went off at 6 AM. We had breakfast with croissants, muffins and toasts. At the climbing hall I still had some time to read the routes with Héloïse before warming up. Héllo had to start right ahead of me. She got fairly high in the route, but fell next to the last quickdraw while clipping in. Now it was my turn. I realised that I had to hold tight at that place, clip in, continue and top the route. 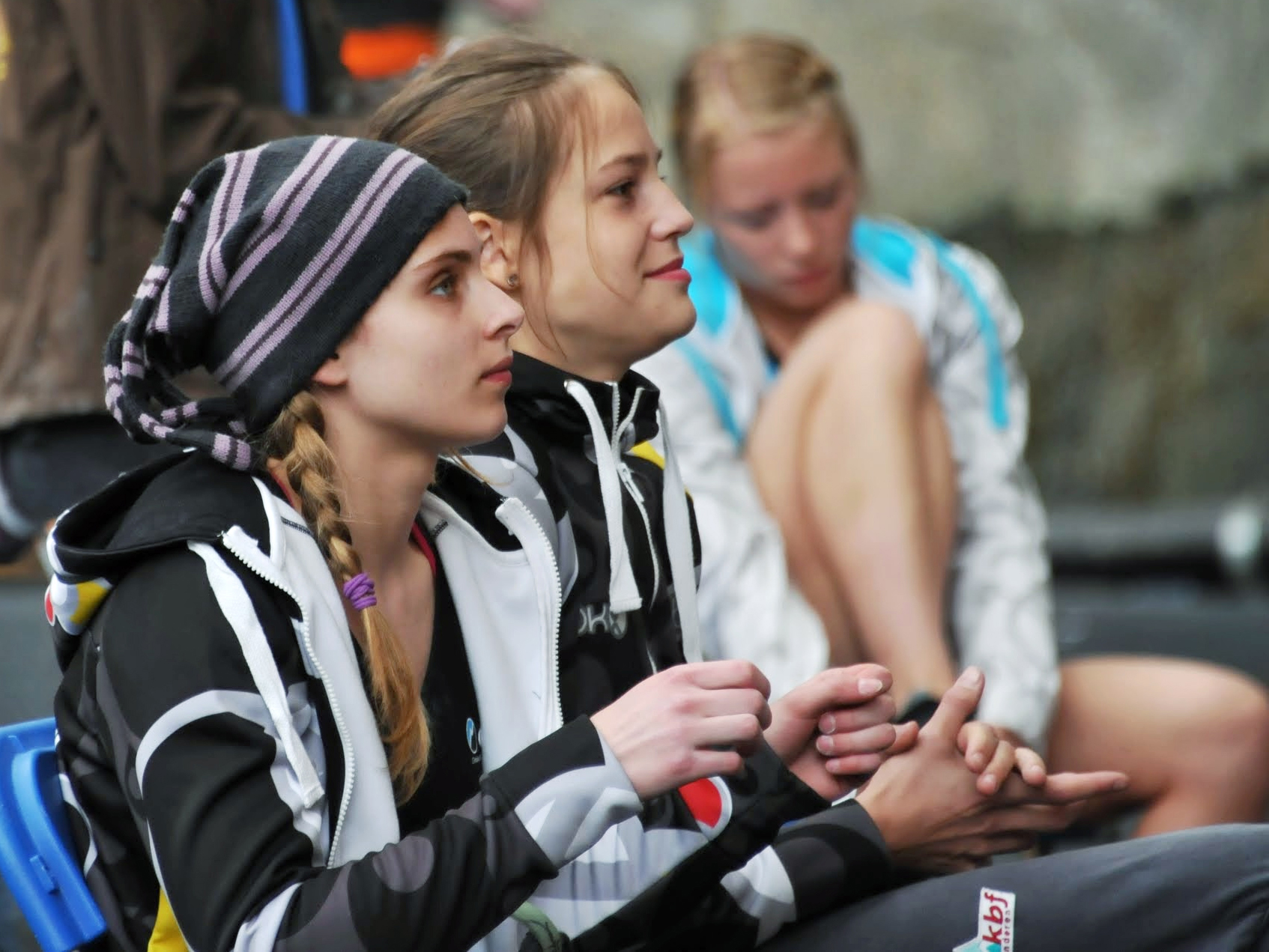 After the first qualification route, there was time to rest and I filled my stomach with an energy bar. While Héllo was climbing the second qualification route, I was waiting beside a Russian girl who impressed me doing the splits, wow. Then it was my turn. In the middle, the route went sideways. Héllo had done this passage seemingly easily, although it was quite heavy. At the end, there was still a difficult part to overcome without a hold for the left foot and a far move to the top. But I managed to top it. 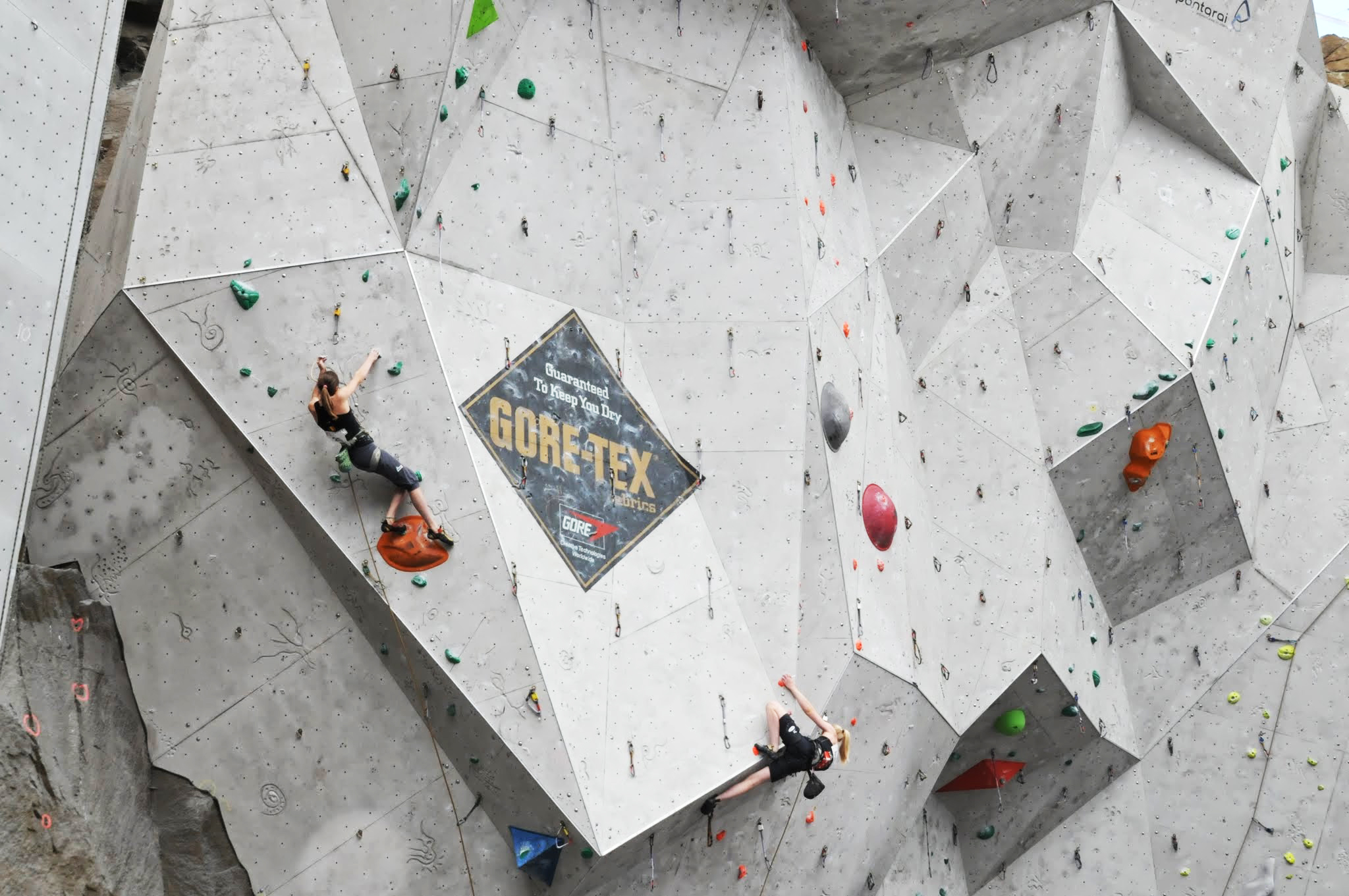 Loïc was the last to climb of the Belgian team. He qualified second after topping one of both qualifiers. Nicolas Collin also topped one of both qualifiers and placed sixth. Anak topped both. This makes four happy Belgians to go to the finals on Sunday. We had a bread roll, drove back to the hotel and had plenty of time left. Both Anak and me relaxed in the luxury bath. I was very tired and took a deep nap in the afternoon. Actually, I really fell asleep and struggled waking up for dinner. I had spaghetti again but this time chose profiterolles with ice cream for desert. 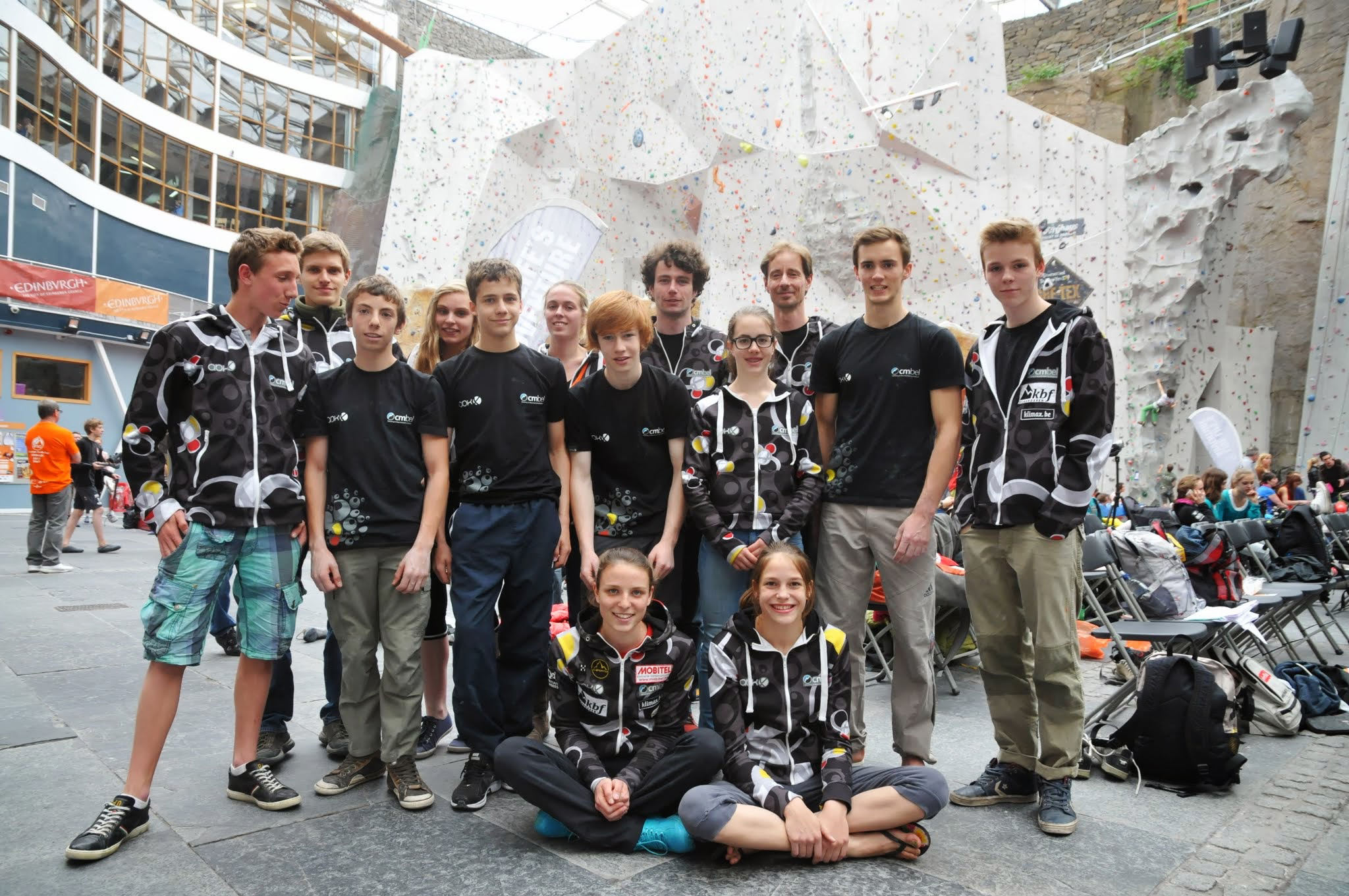 My family recently changed mobile telephony provider and I still had to insert the new card into my cell phone as I always lose it. I guess losing and looking for it over and over again stresses me out even more than climbing competitions. Being too busy preparing and packing my stuff, I had forgotten to change the new pin code. Calling home with Anak’s phone to solve this problem, I had totally forgotten about the time difference Liselotte had warned us about. Having to be in the restaurant at 6.30 AM, I had set my alarm at 6.15. I quickly had a shower and got ready. By this time Anak’s alarm should be going off, but it didn’t. So I checked the time on her phone and I saw that it was 5.30 instead of 6.30. I tried to be very quiet, making as little noise and light as possible not to wake Anak. To kill the time, I tried to guess how long one minute lasts. I think I had been quite enough. When I whispered Anak’s name a few times, she did not react. Mission succeeded. It made Liselotte laugh. 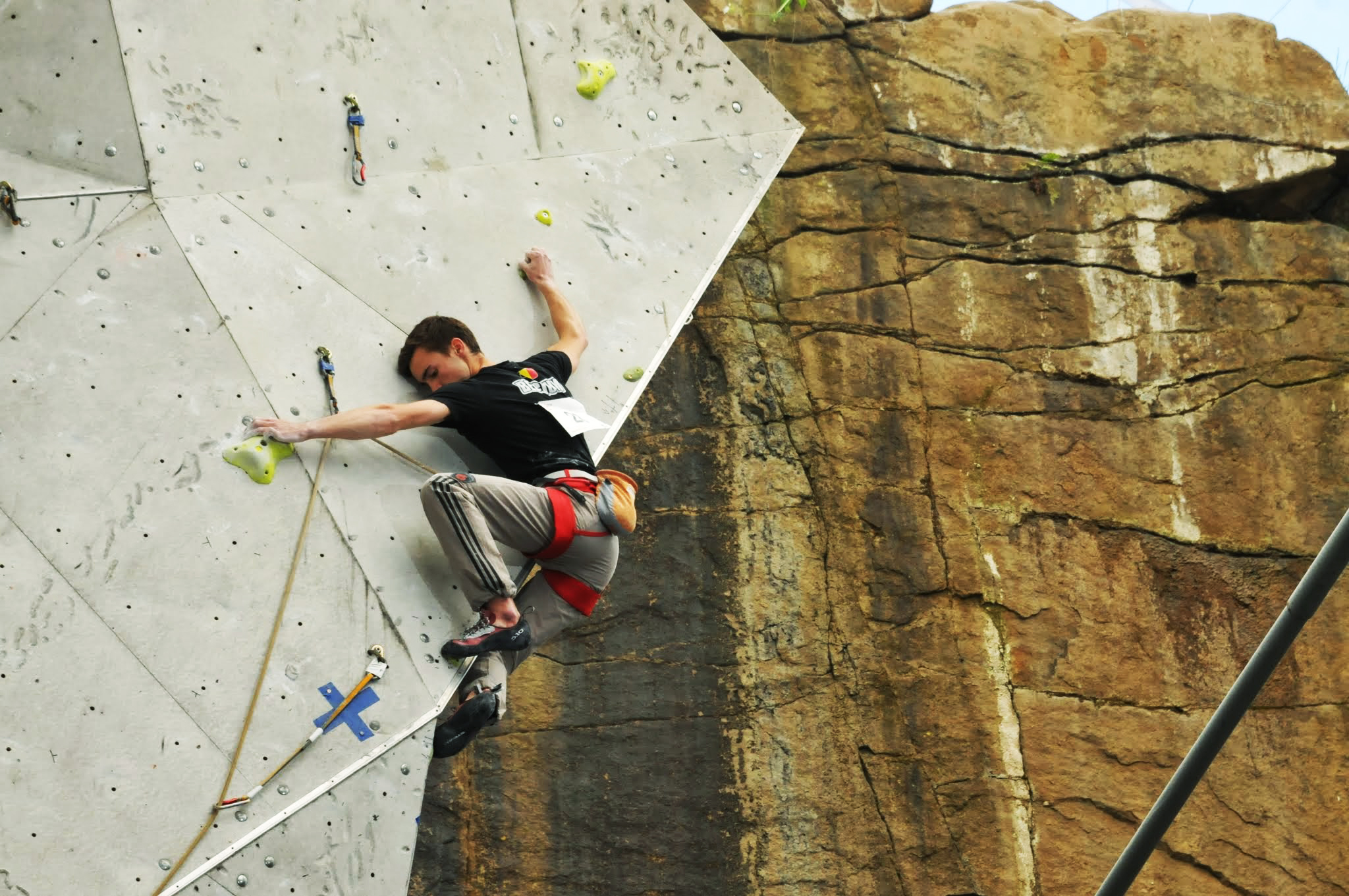 We took croissants from the buffet with us to the climbing gym. Nico stuffed his pockets with four muffins and a croissant. At the gym we had to wait for all teams to arrive before we could enter the isolation zone. Liselotte was afraid we could not warm up sufficiently because of this. After warming up, I could start getting stressed. I read the route together with Franziska Sterrer. These Austrians can speak German so quickly, but I could not understand her so we tried to speak English. Franziska had written yolo with magnesium on her pants. I told Liselotte it means “You Only Live Once”. The isolation zone was in a toddlers area, so a funny Scottish guy, who is the British champion made me laugh saying in his charming Scottish accent: “I hope I won’t be bitt’n by toddl’rs”. It is a pity I was too nervous to say anything back although I had a lot of fun with him. When it was my turn, I had to concentrate to stay calm. Zen, clean my shoes, look up, start, stay calm. Approximately at three quarters up, at hold 36 or 37 most finalists fell trying to clip in the quickdraw. At this point, it was difficult to clip in the quickdraw. I decided to go on and try clipping in later, but dynoing to hold 41 I fell. I did not get the + because I had not clipped in the quickdraw, whereas Sophie Rauberger had been able to do so lower in the route. 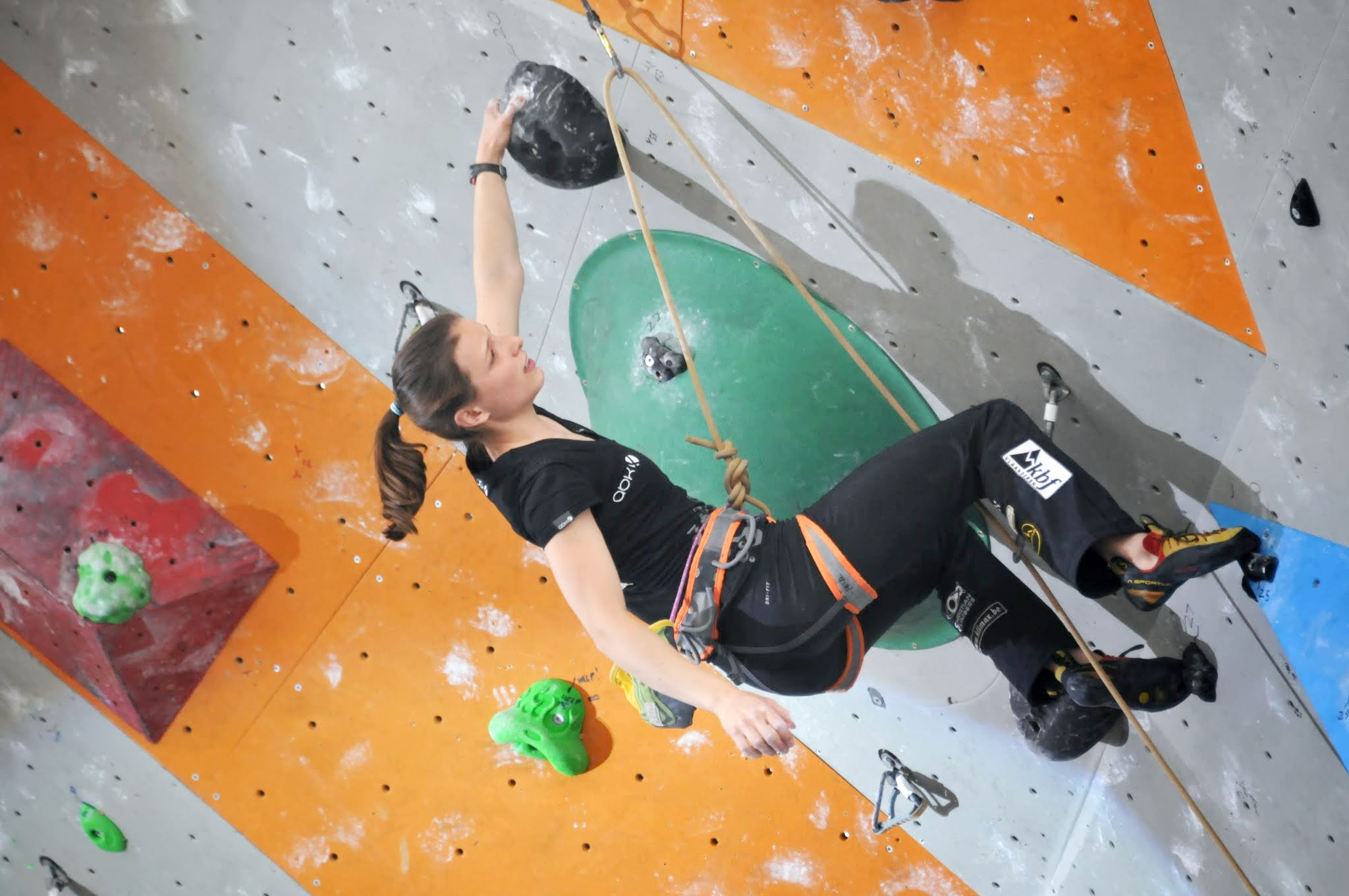 One Gold and Two Silver Medals

Back on the ground, Liselotte said that if the judges give me the +, I will be first, otherwise second, unless Franziska climbs higher, but she fell while clipping that nasty quickdraw. She congratulated me on my second place, which was very kind of her. Nicolas Collin had to climb before me while I was still in isolation. He gained one place and became fifth. I encouraged Anak and Loïc. Anak topped but was tied for first place with Julia Chanourdie and Jessica Pilz and became second based on the time rule. Loïc was the strongest of his age group. He won the gold medal as a first year Junior. 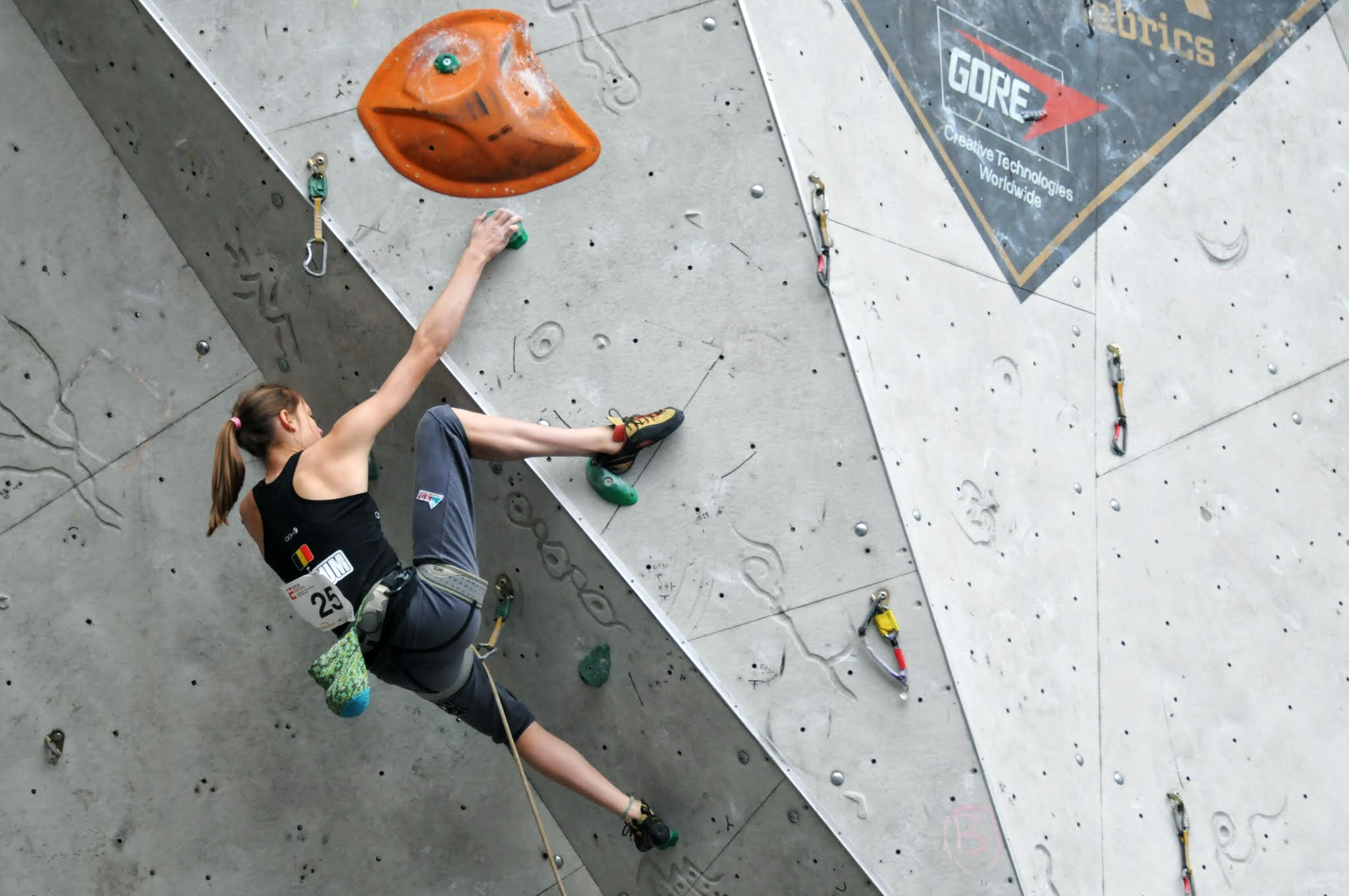 After the competition, we did some bouldering with Tijl, Liselotte, Nils and Héllo. One of the Walloon coaches Jérôme De Boeck had become overheated by it all and had to let off steam saying: “La compétition est finie, on peut enlever son T-shirt, allez les filles enlevez vos T-shirts!” Héllo exlaimed: “Ah oui!” Then, I heard calling my name to get in row for the podium. It’s a pitty we didn’t get the impressive Scottish ceremony of last year. 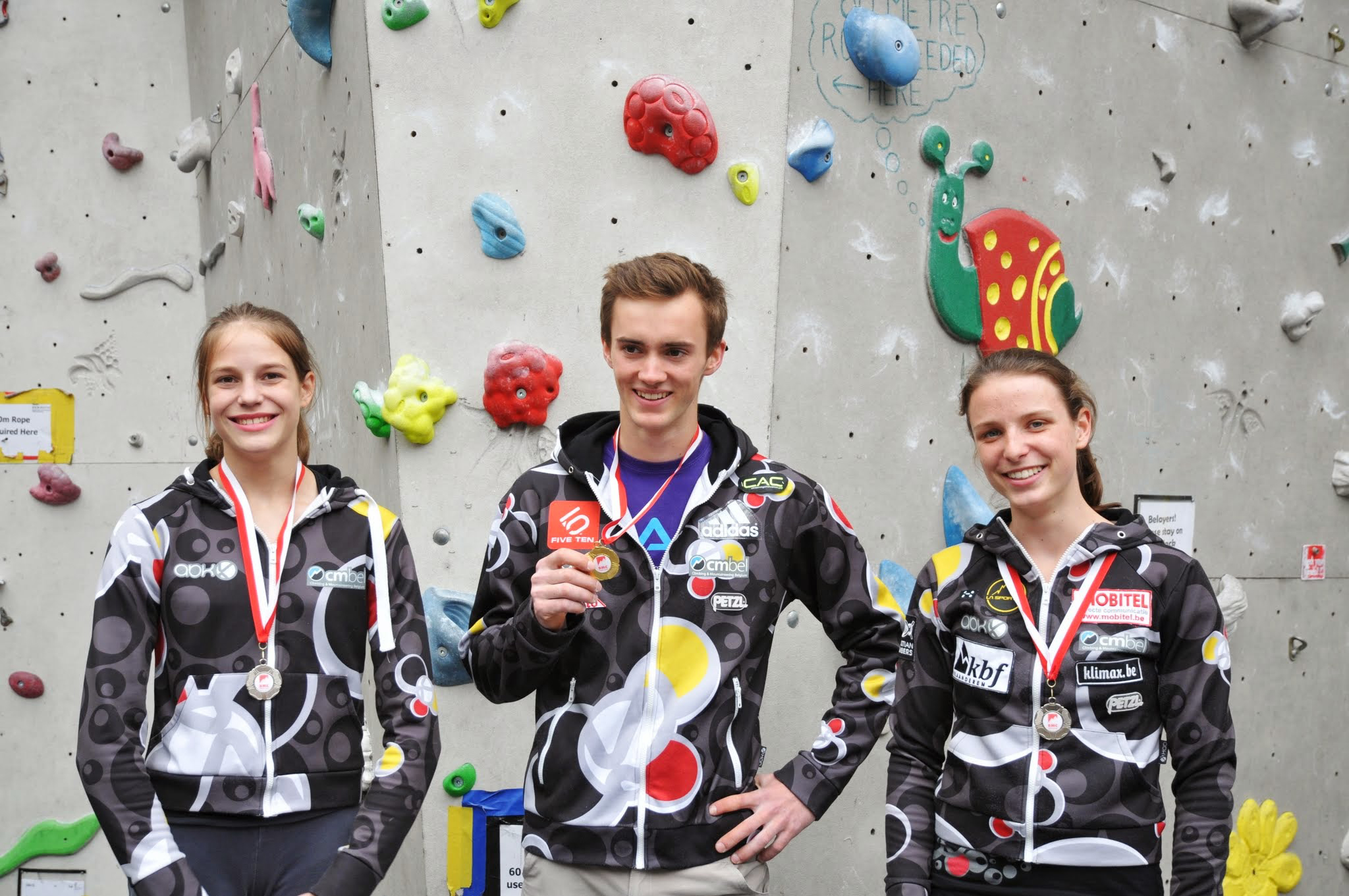 Tijl allowed us to have chips for dinner and burgers reaching a height of more than 10 cm. Nobody’s mouth was big enough, so we had to devise the craziest solutions to handle them. The next morning, we had to be downstairs at 4 AM. Still half asleep, we boarded the plane back home and before it took off, Héllo and me were already fast asleep. Héllo with her head on the table in front and I cuddled up against my down jacket. In Zaventem airport there are a lot of conveyor belts. Some people just stand still on them, others keep walking on them at a slow pace or even run fast all the way. But there are also some strange Belgians, whose names I won’t mention but who speak French, who walk in the opposite direction. International competitions always have a hint of vacation.